One year on: What has changed for Zimbabwe post Mugabe?

Source: One year on: What has changed for Zimbabwe post Mugabe? | Africa | Al Jazeera

Harare, Zimbabwe – A year ago, with Zimbabwe‘s longtime ruler Robert Mugabe out of the picture, the troubled African country seemed to have taken a turn for the better.

Mugabe’s successor and the incumbent, Emmerson Mnangagwa, was speaking a new language.

Politically, he was breaking away from his predecessor’s ruinous and often autocratic past and presenting himself as a new man, re-engaging with the international community after years of diplomatic ostracisation.

A return to democracy was expected.

Economically, the 76 year old was pursuing new policies such as opening up the country for business under the “open for business” mantra. He was also looking to abandon controversial policies such as indigenisation – a law that compelled foreign investors with businesses with a net asset value of $1 to cede 51 percent equity stakes to indigenous Zimbabweans to right historical wealth imbalances.

Aided by various public relations gimmicks that won him admiration, Mnangagwa was set to succeed.

On one occasion, he stopped his presidential motorcade at a popular fast food outlet for a chicken meal. He is said to have waited in the queue like everyone else. 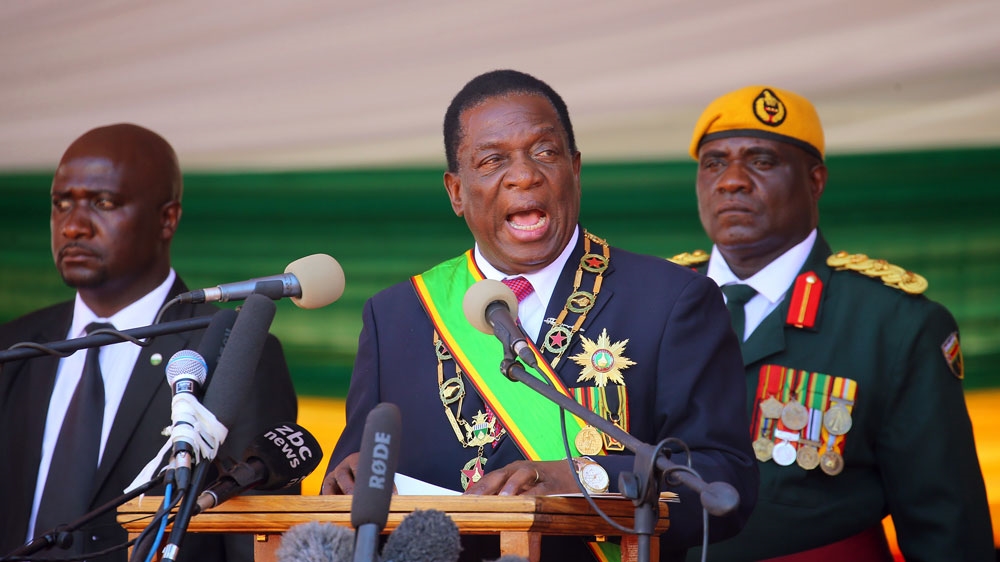 Fast forward a year, the hope for a new Zimbabwe has vanished. Mnangagwa has lost support and confirmed everyone’s worst fear: there is someone who can run the country worse than Mugabe.

“Life is getting tough. Prices are going up. There is no money in the economy. During Mugabe’s time, life was better. People are now realising they made a mistake [supporting the military coup that catapulted Mnangagwa to power],” Zhakata told Al Jazeera.

“In the few months we have been with these guys, things have gotten worse. Things were better. We could buy property, furniture and other things. Now, we can’t even buy clothes.”

Munyaradzi Mufambi, a 22-year-old beverage merchandiser in the capital, said the last year had been disillusioning for him.

“I am not sure about the future of our generation in light of the problems we face as a country. I wonder if I will ever be able to raise a family and provide for them adequately,” said Mufambi.

“In all fairness, I don’t know if the president has plans to fix the problems. Maybe he just hasn’t communicated these plans to the nation.”

Mufambi, like Zhakata, said the standards of living were much better under Mugabe.

“Given a choice between Mugabe and Mnangagwa, I would choose Mugabe,” said Mufambi.

“School fees was $20 in my time. A quart of beer was $2. I have to forego beer now, save money and buy essential things. I now buy second-hand clothing.”

Ibbo Mandaza, a respected academic and director of a local think-tank Sapes Trust, said Mnangagwa’s first year as president had been a total failure.

“Ever since that coup in November 2017, things have actually been getting worse. It’s been worse than we expected. We are now faced with a far worse political and economic crisis characterised by power shortages, rising prices, currency crisis and fuel shortages,” Mandaza told Al Jazeera.

“What is more worrying is that whilst we are in this crisis, there is virtual absence of government intervention. One can be forgiven for thinking there is now government. At this rate, I don’t see this government getting to 2023.

“Under Mugabe, things were getting bad. It’s the same group of people essentially. It’s them and it appears it ends with them. This can’t go on forever. I am concerned with the apparent lack of an alternative political solution in this crisis to step in and help end the crisis.”

In the run-up to the elections last year, Mnangagwa promised millions of jobs, a better life, and a better Zimbabwe.

A year later, none of the promises has been delivered.

“He lied. We thought industries were going to open and new jobs created. He lied. None of the things he promised have been delivered,” Zhakata, who was laid off from one of the country’s largest bakery, Lobels, pointed out.

Not many citizens will vent their anger in public.

Some said Mnangagwa is far more brutal than Mugabe and an even worse dictator.

In January, five months after being sworn in as the country’s third president, more than 17 unarmed people were shot and killed by the military for protesting against high fuel prices.

Scores were wounded or arrested. Mugabe had generally been seen as a dictator, but he had never unleashed soldiers on protesters. 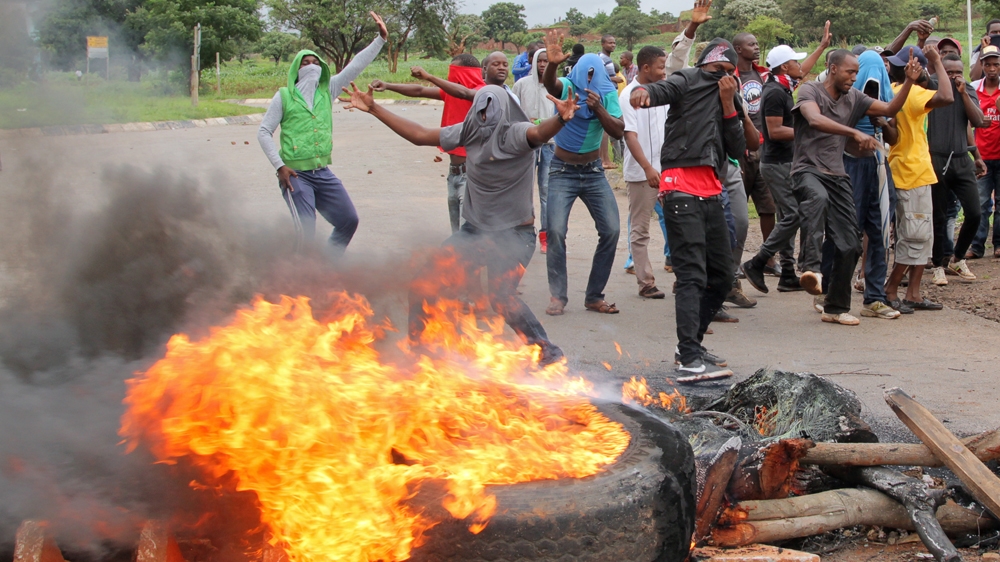 The US imposed sanctions as a result, saying they would only be removed if Harare showed commitment and political will to return to democracy through fostering the rule of law and holding credible elections, among other key reforms.

“The law says police must use minimum force when dealing with riotous people during demonstrations,” he said.

“I do not know the level of the said minimum force. But if they fail to handle the demonstrations, the constitution says they must invite the military,” Matemadanda added.

“It’s crystal clear that Mnangagwa has failed. Never in the history of Africa has any president failed in one year as he has failed.”

Mnangagwa’s pledge to break with his predecessor’s past autocratic policies and tactics, and introduce far-reaching reforms in the realms of business and safeguarding fundamental rights, has so far been a pipe dream for many Zimbabweans.

Since the beginning of the year, there has been a clampdown on activists and opposition figures.

In the past few months, the government has seemingly targeted civil society activists and workers.

State security agents arrested seven activists between May 20 and 27 at Harare’s Robert Gabriel Mugabe International Airport on their return from a workshop in the Maldives.

The basis of Sikhala’s arrest was a video that circulated on social media in which he appears to be telling supporters at a rally: “We are going to take the fight to the doorsteps of Emmerson Mnangagwa. We are going to overthrow him before 2023 – that is not a joke.”

Mnangagwa has also not instituted reforms to laws seen to be unconstitutional such as the repressive Access to Information and Protection of Privacy Act and the Public Order and Security Act.

The two laws were seen as an attack on fundamental rights such as freedom of expression and association.

Analysts say apart from his heavy-handedness and autocratic tactics, his short rule is one fraught with numerous failures.

The economy is on its knees. Inflation is ravaging. General hardships are the order of the day.

Power shortages have hit industry hard. Currency confidence is at its lowest.

A spokesman for the ruling Zimbabwe African National Union-Patriotic Front (ZANU-PF), Simon Khaya Moyo, said Mnangagwa fared pretty fairly given the myriad of challenges he faced, such as the drought and the impact it was having on the economy.

Moyo added that the government had instituted fiscal reforms that are bearing fruit as evidenced by the fiscal discipline within all government departments as well as the budget surplus.

He added that the drought affected power generation in the country.

“The water level at Kariba dam is at 24 percent of required capacity. This has affected power generation. That is not something we have control over. But we are working to resolve this issue,” said Moyo.

“It’s been difficult for the people because of inflation. We want our people to have a good life as enunciated in our election manifesto. All the people of Zimbabwe should be well taken care of without bias and favour. It’s every citizen’s right. That is what we want for our people.”