One year on: Zera presses for as much brightness for less energy 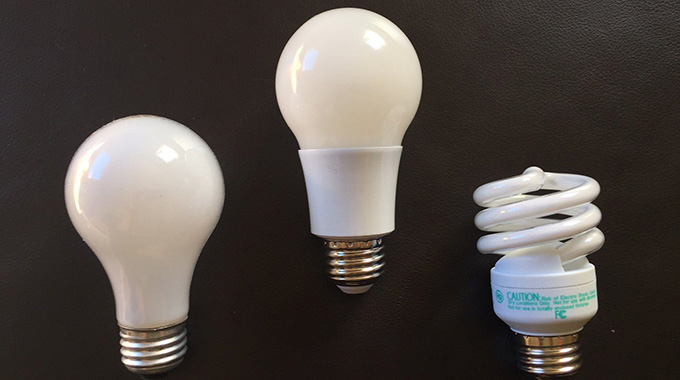 Source: One year on: Zera presses for as much brightness for less energy | The Herald

Climate Story Jeffrey Gogo
Many would have looked at the old style filament light bulb with some nostalgia — having grown up with it, an inescapable reality — when energy regulator Zera last year decided it was time the economy switched over to more energy efficient lights.

Now, one year on after Zera’s bulb ban, memories of the more familiar but inefficient incandescent bulb are slowly fading, as the preferred smarter lighting options like the Light Emitting Diode (LED) bulb takes control.

The Zimbabwe Energy Regulatory Authority (Zera) banned the trade and use of energy inefficient light bulbs on May 1, 2017, under a new law that promises to jail offenders for up to six months, with the option of a fine.

The idea was that replacing conventional light bulbs with efficient ones would result in significant environmental and financial benefits for the country, achieving up to 40 megawatts of electricity savings each year, according to Mrs Gloria Magombo, chief executive of Zera.

A random survey of downstream traders like tuckshops by The Herald Business in Dzivarasekwa and Mabelreign — two suburbs of Harare standing at different extremes — poverty and middle income — shows the filament bulb is still on sale, but only in insignificant quantities.

We found that not everyone has made the switch to energy saving bulbs, but many more have.
Roughly 50 cents will get you the outlawed filament bulb on a makeshift roadside “tuckshop” in Dzivarasekwa, and for 30 cents more in Mabelreign’s Haig Park you will get another.

Yet things have changed more radically behind the scenes for bigger retailers and manufacturers in the city centre or elsewhere around Zimbabwe.

Mrs Magombo, the Zera chief executive, says the regulator had confiscated more than 600 000 power-guzzling light bulbs countrywide by the beginning of May, since the ban came into force a year ago.

But only a sixth of these were destroyed, and the rest — about 500 000 — which were labelled wrongly, returned to their owners, after paying a fine, which can reach $5 000.

More than 170 businesses selling or manufacturing banned lights had been prosecuted in Harare and Bulawayo by that time, says Mrs Magombo, and 19 of those jailed.

The blitz has seen the Zimbabwe Energy Regulatory Authority inspecting over 500 shops in the two cities for fake energy saving bulbs and for banned products, with support from tax collector Zimra and the police.

Dramatic impact
In 2011, struggling with a 20 year power crisis, Zesa Holdings — the state power utility and Zimbabwe’s only power supplier — rolled out a $12 million campaign to distribute millions of free energy-efficient bulbs.

The company hoped the campaign would encourage users to give up the filament bulbs and fluorescent tubes, as part of measures to conserve energy and ease power shortages.

Mrs Magombo’s plan was built around reinforcing the Zesa campaign, replacing more than one million incandescent lights in about 164 000 homes.

She hoped to achieve the twin benefits of responsible environmental stewardship and economic growth — up to 42MW of saved energy each year that could be used in the mining, agriculture and manufacturing sectors.

Banning energy-inefficient bulbs should help ease the country’s power shortages, which at its worst in 2015, left thousands of homes without electricity for 18 hours a day, and cut industrial production in manufacturing and agriculture by over 55 percent.

Mrs Magombo was looking to a switch that could have a dramatic impact on Zimbabwe’s climate change goals, preventing the equivalent of 1 300 gigatonnes of carbon dioxide emissions over the next 13 years, according to the Government’s plan drawn up under the Paris Agreement on climate change.

Ultimately, the goal was to push the 600 000 electricity consumers in Zimbabwe to give up the more familiar but inefficient filament bulbs. Zimbabwe aims to cut emissions by 33 percent — or 17 300 gigatonnes — by 2030, mostly by increasing investment in hydro and solar power and by improving energy efficiency, the Government plan said.

But Zera is only trying to make lights as much bright as possible using less energy.
It is not expected that the current upturn in economic activity will deliver a blow to the new rules, instead creating opportunities for manufacturers to keep up with the new demand for smarter lighting products.

Mrs Magombo says energy saved from the ban can be used by the mining, agriculture and manufacturing sectors, whose appetite for electricity has just got bigger amid a surge in agricultural and industrial activity during the past 8 months.
We expect that households, businesses and educational institutions fully comply with Zera’s initiatives.
God is faithful.