Op-Ed: This is how Zimbabwe has changed since I became president: Emmerson Mnangagwa

Two years ago, on November 18th, 2017, hundreds of thousands of Zimbabweans took to the streets in the spirit of peace, unity and hope, calling for a new start. For a new Zimbabwe. This is how things changed.

Source: Op-Ed: This is how Zimbabwe has changed since I became president: Emmerson Mnangagwa – CNBC Africa 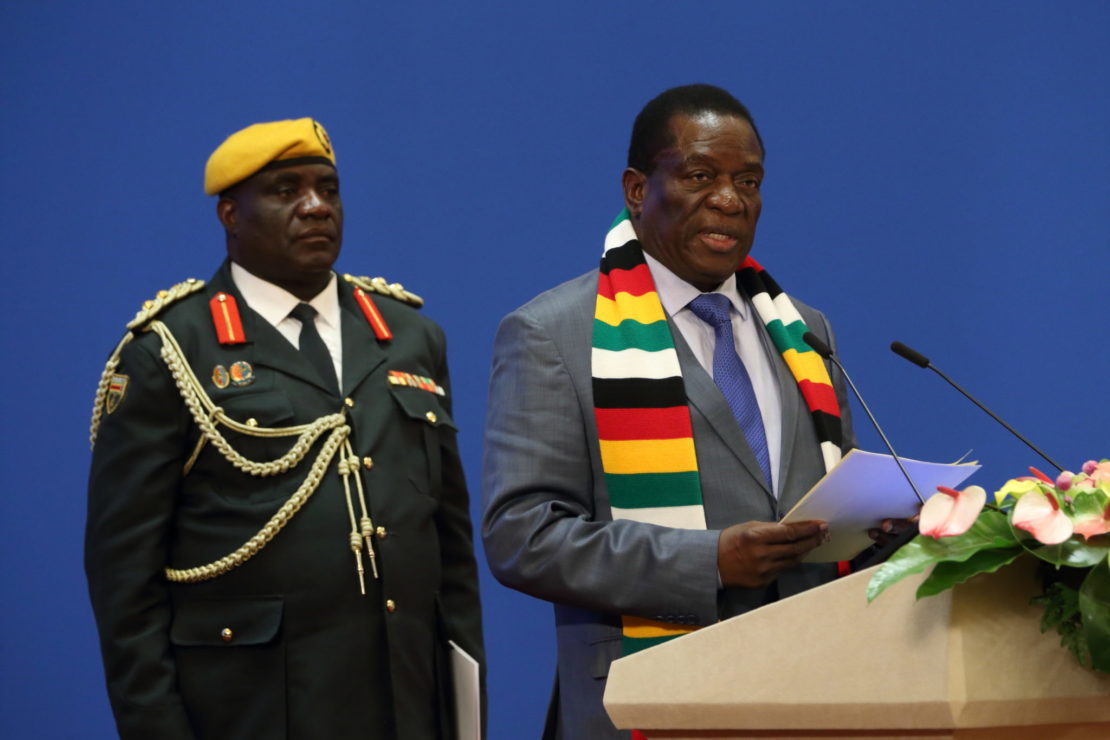 Two years ago, on November 18th, 2017, hundreds of thousands of Zimbabweans took to the streets in the spirit of peace, unity and hope, calling for a new start. For a new Zimbabwe.

Coming into office a few days later, we committed to saying goodbye to the ways of the past, and to doing things differently.

I immediately moved to give the people their voices back, opening new channels of communication between the people and their representatives.

Criticism of the government and the presidency would no longer be taboo, but welcomed, even encouraged. I answered tough questions on my Facebook page, as I promised to be a listening president.

We immediately went into an election, in which opposition parties were free to campaign wherever, whenever and however they liked. Even when I narrowly survived the Bulawayo bombing attack weeks before the election, nothing changed. The campaign continued unimpeded.

On July 30th 2018, eight months after coming to office, we held the freest and fairest elections in the country’s history. While no electoral process is perfect, all international monitors noted the new and free environment of the campaigns, and the vast improvement in the electoral process.

And we will continue to work closely with our partners in the international community to improve and refine our democracy. To build a resolute and open society, a free and fair country for all its citizens.

Part of this is reforming antiquated legislation and opening up the political space. We are repealing AIPPA, replacing it with three new laws, consistent with the ethos of the new Zimbabwe: The Freedom of Information bill, the Protection of Personal Information bill and the Zimbabwe Media Commission bill.

Developed in consultation with a diverse range of stakeholders, these laws meet international media freedom standards and ensure the right to freedom of expression and freedom of media.

Just last week we removed the much maligned POSA, a remnant of the old Zimbabwe that limited the right to protest, and replaced it with a new Maintenance of Peace and Order Bill, devised with input from civil society and our friends around the world.

These have been key demands of the international community, and should be interpreted as a sign of our commitment to reform. Yet the impetus for change and reform comes from within. We are not reforming to appease the nations of the world, but because reform is necessary to build the future our people desire. Of course, there is still much work to do, but we are heading in the right direction.

In November 2017, we also found ourselves mired in an economic mess. A dark and dangerous fiscal tunnel, with no apparent light at the end of it.

Today, we have a balanced budget for the first time in living memory, and we have restored our own currency, enabling us to take control of both our fiscal and monetary policy.

Of course, too many Zimbabweans still suffer, but austerity is a painful but necessary part of the recovery process. Led by our internationally recognised Minister of Finance, Professor Mthuli Ncube, we will continue to restructure, revamp and rebuild our economy. We cannot and will not hold up our hands.  We must reform or perish.

The people of Zimbabwe know perseverance. Just because the process is tough, we will never take our eyes off the prize. We must never give up until we have achieved our goals: A middle-income economy by 2030.

We are investing in this process like never before.  A process of wholesale economic, political and social reforms.

I call on the nations of the world to help us speed up this process, to support the people of Zimbabwe as we undertake these painful but necessary reforms.

If the goal of sanctions is to stimulate the reform process, their effect is the opposite. They slow down our progress, inhibit our economic recovery and empower those who do not wish to see Zimbabwe change.

Their removal will therefore be an important step on the road to a better future for all the people of this country.

We as leaders have a duty to set a new course for our people.  A course where not only is our fate in our own hands, but where no one is left behind. A course with a balanced budget, an open political space, and a thriving economy providing the jobs and opportunities our people deserve.

I shall never stop working towards these goals and will never waver in my determination to realise the dreams of all those who took to the streets two years ago. I am confident that with patience, perseverance and our unbending commitment to reform, we will get there.