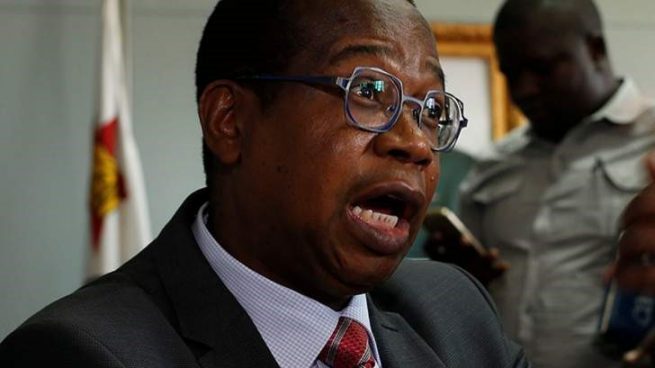 GOVERNMENT’s move to grant tax exemptions to the Russian-controlled platinum mining house, Great Dyke, was this week roundly condemned by experts who described it as “opaque”.

The broadsides followed Finance minister Mthuli Ncube’s announcement last week that Great Dyke, which is developing a US$3 billion platinum mine in Darwendale would be the beneficiary of five-year tax exemptions, which could give it a huge windfall.

Great Dyke, one of the biggest such investments in the past decade, is being developed through a joint venture between the Russians and Landela Mining Venture, which is believed to be owned by controversial oil mogul Kuda Tagwirei.

It has already attracted a cluster of lawsuits and reviews from rights groups who see the tax exemption as unlawful.

Prosper Chitambara, chief economist at the Labour and Economic Development Research Institute of Zimbabwe questioned how Great Dyke had been chosen ahead of many firms operating in the same space.

He said moves towards reviewing taxes to manageable levels would be vital because all companies will benefit.

Zimbabwe is said to be the second highest taxing country in the world, with hundreds of firms collapsing annually because of huge tax bills, which are aggressively pursued by the Zimbabwe Revenue Authority if ailing firms default.

“I am not in support of giving investors tax holidays because of their discriminatory effect,” Chitambara told businessdigest.

“What we need is to reduce our corporate tax rate as a way of encouraging local investments. Zimbabwe is one of the countries with the highest levels of tax burdens and so many tax heads, many levies and tariffs. All these have a cumulative effect of increasing the cost of doing business,” said Chitambara.

Zimbabwe and Russia have enjoyed decades-long political and diplomatic ties.

These were beefed up when the two governments signed MoUs in October 2014, which put into motion several deals, as President Vladimir Putin made emphatic and strategic moves into Zimbabwe’s resources sector.

Russia is the largest and most powerful of countries that emerged out of the collapse of the Soviet Union after the cold war.

Strengthening diplomatic ties with the powerful economy, together with other eastern European economic powerhouses makes economic sense to Harare, which has been looking up to the east after being slapped with western embargoes.

Russia is one of the countries that the government has earmarked to export lifesaving Covid-19 vaccines in the coming months.

But these long ties may be the driving forces behind people’s suspicions that Great Dyke may be receiving preferential treatment.

Economist Victor Bhoroma said the decision was “opaque and discriminatory”.

“However it is the opaque and discretionary nature of these subsidies that raises eyebrows. There is no consistency on the measures. Similar entities in the mining sector do not get the same privileges. We can only hope the recipient ramps up production and fully complies with other local regulations on sustainable mining operations,” he said.

But another economist, Takudzwa Chisango said tax exemptions were good because they attract investment.

“It’s absolutely a refreshing move on the part of government to issue a tax holiday on an investment of such nature and magnitude,” he told businessdigest. This will have a strong positive multiplier effect to the overall country’s investment climate and the broader economy,” said Chisango.