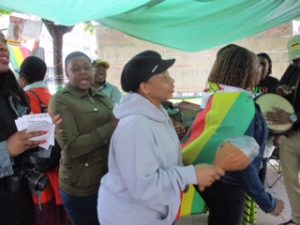 Just what sort of ‘open for business’ does President Mnangagwa have in mind for his new Zimbabwe? Transport Minister Joram Gumbo seems to think it means telling lies in the national interest.

Talking about the can of worms that is the new national carrier Zimbabwe Airways, Gumbo said the government had decided to mislead people about the ownership of the airline to avoid attachment of its planes by creditors of bankrupt Air Zimbabwe.

‘That is when we also came up with the story that the diasporans were buying the ($70million) aircraft . . . Otherwise we could have lost the money as the country and government.’ (See: https://www.dailynews.co.zw/articles/2018/05/12/zim-airways-circus-continues).

It is not only the government that is given to ‘flights of fancy’. Nelson Chamisa’s HARDtalk interview this week with the BBC’s Stephen Sackur was uncomfortable for MDC wellwishers. Some lessons need to be learned from this if the party is to win confidence abroad.

Agitated comments on social media accuse Sackur of bias. This is nonsense. He is certainly challenging: this is what the programme is about. Anyone who agrees to take part had better be prepared. Chamisa was not.

If you are in the public spotlight you must be expected to be asked about a blue moon promise you made in Bindura of a bullet train from Harare to Bulawayo, or claims that Donald Trump had promised $15 billion in aid if you won the elections. And suggestions you would be able to fix the country’s liquidity problems in two weeks is certain to attract skepticism . . .

Mr Chamisa made a good impression on many people during his trip to the UK but the party leadership would be advised to ensure that he is properly briefed before giving interviews like the HARDtalk one. He has much to say that people in Zimbabwe and abroad are keen to hear. Speaking on several occasions during his visit, he addressed the question of electoral reforms, but they hardly got a look in the HARDtalk interview. You can’t blame this on Sackur.

At the Foreign Affairs Institute at Chatham House, Chamisa cautioned against what he perceived to be ‘a bit of a shift on the part of the British government in terms of focusing more on political stability and trade and commerce at the expense of democracy’.

He went on: ‘For a long time, the British government has been emphasising norms, values – let those norms and values of free and fair elections be respected. That is all we want – we’re not asking for money. We’re asking for the solidarity of a global coalition for free and fair elections’. (See: https://www.newsday.co.zw/2018/05/zim-needs-democracy-not-managed-stability-chamisa/). That’s more like it.

Mr Chamisa ought to have been aware that the bullet train idea was put forward by Zanu PF a few years ago. He certainly should have been alert enough to point out the fantasy of Zanu PF’s new manifesto promise of building 1.5 million houses in the next 5 years . . . like the millions of jobs they promised last time around.

FOR THE RECORD: 18 signed the register.