OPINION: As Zimbabwe grapples with Mugabe’s legacy, who will put the country back together?

Robert Mugabe’s role in Zimbabwe’s fight for economic emancipation has not been disputed by many, but at the same time, the country’s ultimate economic ruin left him with a conflicted legacy, says Crecey Kuyedzwa.

Source: OPINION: As Zimbabwe grapples with Mugabe’s legacy, who will put the country back together? | Fin24 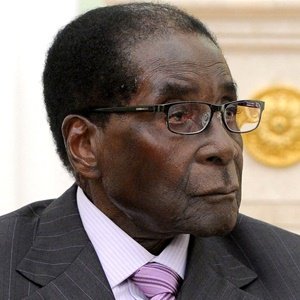 Robert Mugabe’s role in Zimbabwe’s fight for economic emancipation has not been disputed by many, but at the same time, the country’s ultimate economic ruin left him with a conflicted legacy. While he has been widely hailed as a liberation icon, blame for the country’s catastrophic downfall has also been laid at his feet.

Mugabe was meant to be Zimbabwe’s economic liberator. But something went horribly wrong.

In 2017, when Emmerson Mngwangwa succeeded Mugabe, Zimbabweans were again promised economic renewal after years of deterioration. This did not occur. Today, the country is at a tipping point, the outcome of decades of erosion. Its year-on-year inflation will only be published in February, it was announced in August.  The country’s inflation was recorded at 176% in June – the highest in a decade. Economists, however, have pegged annual inflation as closer to 558%, some three times the official rate.

In August, Zimbabweans heard they would be paying 173% more for electricity as the country sought ways to alleviate crippling power shortages.

Zimbabwe’s woes have also impacted South Africa to some extent. State-owned entity SAA was unable to access over R1bn amid a shortage of foreign currency, which was needed to transfer the proceeds of local ticket sales to airlines outside the country. South Africa has also agreed to supply 400MW per week to Zimbabwe in electricity, amid reports of Zimbabwe – which has been facing its worst power cuts in ten years – struggling to pay its debt to Eskom.

These types of hardships are all too familiar to Zimbabweans.

An unwavering drive towards economic emancipation at all costs saw Mugabe implement a range of populist policies with catastrophic results. Ultimately, this led to vast numbers of the country’s citizens being forced to flee.

At the top of his populist policies was the controversial and violent fast-track land reform programme. As glaring as it was that there was need to redistribute land from a few white minorities – roughly 5 000 farmers – to the black majority, the way Mugabe went about it left Zimbabwe with a perennial begging bowl amid food shortages.

Additionally, as an audit was conducted following Mugabe’s ouster, it emerged that several top Zanu-PF officials had benefited from the programme, with Mugabe himself reportedly owning over 20 farms, in contravention of the one farm per family policy.

The policy systematically destroyed 400 000 jobs in Zimbabwe, according to economist John Robertson.

Robertson is on record saying the cancellation of property rights and security of tenure imposed severe limitations on farmers and had a significant negative impact on Gross Domestic Product.

“The move to declare all farmland to be the property of the state crippled the whole country and is the source of Zimbabwe’s problems which range from unmanageable foreign and domestic debts, cash and liquidity shortages, very high unemployment rates, dependence on food imports, a serious trade imbalance, deteriorating health and education services, disabled air and rail transport services, an inability to borrow and very little success in attracting foreign investors,” according to Robertson.

Mugabe was to come back again with another policy which, like a hurricane, helped destroy the once-prosperous economy.

In 2008, his government enacted the Indigenisation and Economic Empowerment Act, which Mugabe said was meant to empower historically disadvantaged indigenous Zimbabweans.

The law gave Zimbabweans the right to take over and control foreign-owned companies. Specifically, over 51% of all the businesses in the country were to be transferred into the hands of indigenous Zimbabweans, defined as “any person who before 18 April 1980 was disadvantaged by unfair discrimination on the grounds of his or her race, and any descendant of such person”.

The impact was devastating as foreign capital left or shunned setting base in the country. It complicated the local business environment for the few investors that showed faith in the Zimbabwean economy, while denting the country’s prospects of attracting fresh FDI inflows.

Soon after the introduction of the law, FDI actual inflows plummeted to US$69m in 2008, as investors reacted negatively to the policy. Since then, FDI actual inflows have averaged US$340m from 2009 to 2019 against a SADC regional average of US$1,2bn.

The hyperinflation era, from approximately 2004 – 2009, was characterised by severe shortages of foreign exchange, made worse by a marked difference between official and black market rates.

As one Zimbabwean, Respect Gwenzi aptly put it on Twitter, “A generation is poorer. He [Mugabe] decimated agriculture, industry and commerce, butchered critics and shunned the global world. [The] economy is at the brink of collapse, he left it in tatters and latter couped by his Cdes. Our present pain is of his making.”

Mugabe’s complex legacy leaves Zimbabweans with a burning question. As the country faces the same promises of economic liberation from his successors, will they find a way to do better?