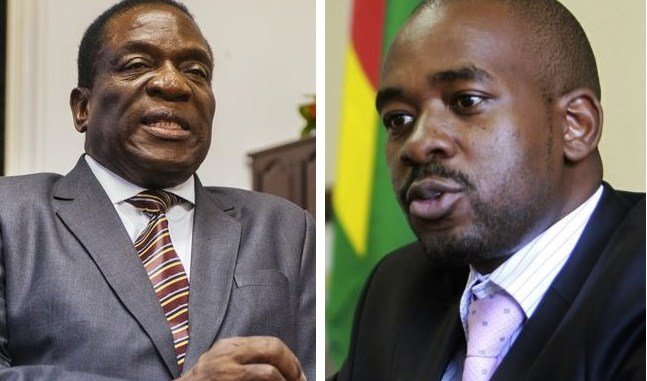 PRESIDENT Emmerson Mnangagwa’s pledge to create conditions that will allow millions of Zimbabweans in the diaspora to vote will be a welcome move if implemented, opposition parties have said.

Mnangagwa, currently attending the UN General Assembly in the US this week indicated he was amenable to allowing Zimbabwean dotted across the globe to participate in elections back home.

“I agree with that request (diaspora vote), but we were not able in the time available to have the logistics put in place to implement that objective. We now have five years where we can work on that objective, where we can see whether we can implement it,” Mnangagwa reportedly told a meeting with Zimbabweans domiciled in the US city of New York.
MDC Alliance secretary-general Douglas Mwonzora said Mnangagwa’s pronouncements, while welcome, should be taken with caution.
“The current situation disenfranchises a large proportion of Zimbabweans who have a vested interest in determining who their leaders should be from time to time.

“But Zanu PF usually indicates right while turning left. We will believe President Mnangagwa when we see him taking concrete steps towards this issue like the registration as voters of Zimbabweans in different countries,” Mwonzora said yesterday.
“We are on record as supporting the right of Zimbabweans to be allowed to vote over the years. We have been consistent on this issue and will not relent on that aspect.”

MDC-T vice-president Obert Gutu argued that given that Zimbabwe’s ailing economy has to a large extent been sustained by citizens working in other countries, it was only fair that they be granted access to electoral processes.

“If, as a country we have relied on remittances from this group of citizens, it makes no sense that we would deny them the right to participate in the country’s electoral processes,” Gutu said.

But Mavambo/Kusile/Dawn leader Simba Makoni said Mnangagwa should not act as if he was being asked to extend a favour.

“He is obliged by the Constitution to create the necessary conditions that allow all Zimbabweans wherever they are to exercise their right to vote,” Makoni said.

“There is no need to wait for five years because there will be by-elections and Mnangagwa should make sure those in the diaspora take part. We will be watching him.”

South Africa, the USA, Britain, New Zealand and Australia are home to an estimated three million Zimbabweans, many who escaped the country’s economic collapse, political and economic turmoil under former President Robert Mugabe.