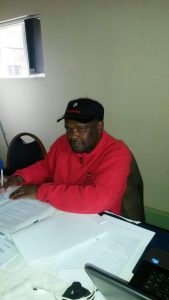 Speaking to ZimEye.com in a wide ranging interview on Monday, the General Secretary of the ZCP Ngqabutho Mabhena said that in the absence of Tsvangirai the next best possibility is for the opposition to rally behind Mujuru than an MDC-T replacement of Tsvangirai.

“…in the absence of Dr Tsvangirai, the opposition must unite under the leadership of Dr Mujuru,” he said.

Mabhena a former National Executive Committee member of the Welshman Ncube led MDC, said that Mujuru stands a better chance to defeat Mnangagwa than any other opposition leaders including the MDC-T Vice President Nelson Chamisa who is earmarked to replace Tsvangirai and even his former principal Professor Ncube.

“While she might have her own challenges which at personal level l do not agree with, but for the purposes of challenging Mnangagwa and the Junta, she stands a better chance if supported than other opposition leaders including the one who will take over from Morgan Tsvangirai in the MDC – T,” said Mabhena.

“The new MDC-T leader should deputise Mujuru as the country goes to 2018 elections,” he added.

Mabhena believes that Mujuru is likely to garner considerable backing from the disgruntled ZANU PF G40 faction members which if put together with the MDC Alliance coalition members may upset Mnangagwa.

“The coming together of disgruntled nationalists in ZANU (PF) and pro democrats activists under the banner of the MDC Alliance and those in CODE will give the junta a running stomach,” said Mabhena.

Asked which of the two coalition set ups between the Tsvangirai led MDC Alliance and the Mujuru led People’s Rainbow Coalition his party would back in the elections, Mabhena said that they are still undecided but will know as elections draw close.

He further indicated that his party will not be fielding any candidates in the election.

“The Zimbabwe Communist Party has not taken any decision to back any political party in the up coming elections. We will take a position once the date of the election is announced,” he said.

On the prospects of Mnangagwa reviving the economic fortunes of the country by attracting foreign investors from the Davos Conference, Mabhena said his party was optimistic that Mnangagwa will attract investors from the West as he has now taken over from Tsvangirai and the MDC-T as the darling of the West.

“We believe that the President will attract international investors who will form partnership with Zimbabweans in the diaspora and those in Zimbabwe in the rebuilding of our economy,” said Mabhena.

“He has replaced MDC-T and Tsvangirai as the darling of the West,” he added.