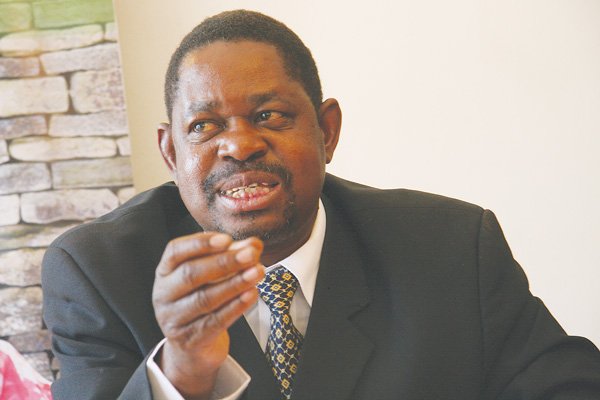 The big interview BY BLESSED MHLANGA

Zanu PF legal affairs secretary and party representative in the political party dialogue, Paul Mangwana (PM), has justified the presence of ex-military generals in the ruling party politburo. Mangwana spoke to our Senior Reporter, Blessed Mhlanga (BM), in a recent interview covering various issues including reports of division in the ruling party and the ongoing political dialogue. Below are excerpts from the interview.

BM: Mr Mangwana, you spoke on the ongoing talks among political parties and you said among other issues these talks seek to bring in electoral reforms. What is the plan?

PM: Zanu PF is in power right now, but through an electoral process, a good electoral process, but with room for improvement. So, we are simply saying we are engaging our political colleagues, listening to them to say which areas require improvement. We are also looking at how we can improve the BVR (biometric voter registration) process itself to make sure that the continuous voter registration process does not remove potential voters from being able to vote and any other areas the opposition parties are raising. We will look at them objectively.

BM: The opposition has in the past raised the issue of ballot paper printing — they want to observe that process.
Is it something Zanu PF would be okay with?

PM: No, it’s not necessary, papers don’t change. There are certain things of a secret nature. Ballot paper printing is a security item. We have to have a measure of trust in the Zimbabwe Electoral Commission and ZEC is to be responsible to its constitutional mandate without interference.

BM: There is this belief that Zanu PF has its hands in ZEC and that it is biased in your favour. Is that true?

PM: That is not correct. ZEC is a constitutional body headed by a judge of the High Court. They are just doing their work, we don’t have access to ZEC just like any other political party.

BM: How come you have never had complaints about ZEC when everyone else does?

PM: There is a culture in Zimbabwe that if you lose an election you must complain to remain relevant, but Zanu PF is not made from that school.

BM: You said that the process was not perfect. Do you mind to elaborate some of the things?

PM: There is no perfect process in the world. There are always areas which require improvement. I have talked about the rights of the disabled, that we must find a way and I think one disabled participant actually said that we should be able to vote by Braille because the disabled person is being disadvantaged, they do not know (where their vote has been cast) because that person has a political preference.

BM: You always speak about democracy within political parties. Is Zanu PF democratic?

BM: If there is democracy in Zanu PF, how do you explain that towards end of 2017, President Emmerson Mnangagwa had 10 provinces passing a vote of no confidence in him and immediately when things turned around, he became the darling of Zanu PF?

PM: I am not sure what you are talking about. RG (Robert Gabriel) Mugabe was manipulating situations to maintain his rule, but the people were unhappy and that’s why in a few months’ time they actually expressed themselves more properly and in fact indicating exactly what their preferences were, that is why they removed him.

BM: How have you made sure that this system of people who are unhappy, yet claim to be happy does not repeat in this leadership?

PM: The new dispensation has shown democracy — internal democracy from our primary elections as we move forward. There is a lot of freedom in this country.

BM: But there was recently an incident when youths passed a vote of no confidence on certain individuals, but the no confidence votes were overturned.

PM: No, it was not overturned. They were internal processes within Zanu PF and the committee, the legal committee, was asked by the party to look into how the votes of no confidence were carried out and they made their findings and reported their findings to the politburo.

BM: But there are reports that the targeted people were saved because they are close to the leadership?

PM: That is not true. We have a constitution and it is that constitution which must be complied with even in internal party processes. So, the role of our committee was to look into whether the processes as governed by the constitution were followed and we made our findings and made it public.

BM: But do you accept that the same politburo before the new dispensation also gave the same defence that the processes were followed yet they were kicking out people in unfair hearings. Are you not following the same path?

PM: It is the structure, but it is made up of different people.

BM: So you are confident that this structure has changed?

PM: The people who are running the party today are very democratic. This is why they removed Mugabe and his team.
BM: There has been talk of divisions in Zanu PF. What is your comment?

PM: There are no divisions in Zanu PF because we are a democratic party. People can have different views, but that is not division.

BM: Are people allowed to express themselves freely?

PM: Yes, they are; we are a very tolerant party. We know that not all people are the same. People have different views — we don’t think the same, we don’t see things the same, but that is not division. That is democracy at work.

BM: There have been fears that some top Zanu PF officials who are now out of government are not happy and are working with parallel structures to government?

PM: I am one of them (out of government but) I am happy. I am a very happy person. I am doing a lot of work for the party. I am working full time for the party. President ED Mnangagwa has made sure that party stewards run the party while these others are in government. So, everybody has something to do and everybody is happy.

BM: Are you sure there is good synergy between the government and the party stewards?

PM: The party is the one in charge, government is running government whilst the party gives direction and the two are working very well.

BM: Recently, the spokesperson and your secretary for administration Obert Mpofu issued statements that were contradicting the issue of the 2% tax, saying it was not peoplefriendly, does that not show division?

PM: They could have expressed an opinion, but the 2% tax is meant to collect revenue for use in addressing particular issues of a socio-economic nature which affects the people. Government needs resources in order for it to perform and the 2% tax is one of the means used, but I am not sure. I didn’t get the official statements from the party regarding that position.

BM: May be if you would want to explain to me if a person wants to be in the politburo one needs to have come through the structures and served the party for quite a time, is that correct?

PM: Yes, that is correct

BM: So, how did General Constantino Chiwenga and other members of the military serve the party when they were in the army?

PM: People in the army, when they leave the army have a right to join a political party of their choice. So, Gen Chiwenga then joined Zanu PF and our constitution is clear it allows the President to nominate people to the politburo or even to the central committee. So, the constitution was observed.

BM: But people without a track record of serving the party?

PM: What do you mean by a track record? You can’t ask about a track record if you know the history of Zimbabwe.
Zanla was the military wing of Zanu, Zipra was the military wing of Zapu. So, people who were in the military outfits of the party were members of the party. You have to share the ideology of the party, but whilst they are serving they don’t participate in party politics. But when they leave (the military) they are given a dispensation in order for them to be able to participate in higher echelons where they could not because of their service in the army.

BM: So would this in any way confirm that Zanu PF and the army are one?

PM: No, it’s not, they only participate in Zanu PF politics when they have left the army.

BM: But you said it was a military wing of the party and for one to serve they must have the ideology of the party?

BM: I am talking of history, they have a historical association with Zanu PF so they understand the ideology of Zanu PF. When they leave their services in the army they can fit into the party very easily because they have the grounding. During the war Zanla and Zipra were the military outfits of the political parties which liberated the country, but there was a distinction between the military and the political. I am only telling you that when they were serving in the military they were part of the Zanu and Zapu outfits so they know what these political parties are. When they leave military service they easily fit into the system because historically they were part of the system.

BM: Lastly, maybe during central committee meeting the President said you were looking into means to ensure that you move the party to the future in terms of constitutional alignment changes. Could you favour us with the proposed changes?

PM: That is a process which is going on and until we have reported to the structures of the party on what we are trying to do, I cannot share that with the media.

BM: But generally what are you looking at?

PM: We are reviewing our constitution — looking at it and seeing how it fits within the current developments in the party and also the world at large.

BM: Do you agree that most of the people who have been serving the party for a long time are also outdated and have not moved to the future like the constitution which you seek to change?

BM: But the ideology that you had, you yourself in particular when you started in Zanu PF, is honestly different with the millenniums of this time. Are you in touch with it?

PM: I am not sure what has changed, may be technology, but the basic ideology that we must be people-driven, we must serve the people’s socio-economic agendas, that has remained the same.

BM: Have you been enjoying your job as secretary of legal affairs?