This week Pope Francis issued his letter setting out what was learnt at the recent synod in Rome on young people.

Source: Originals and photocopies – The Zimbabwean 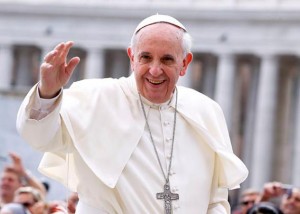 He cited Carlo Acutis, who died in 2006 aged 15, ‘as being well aware that the whole apparatus of communications, advertising and social networking can be used to lull us and make us addicted to consumerism … Carlo saw that many young people, wanting to be different, really end up being like everyone else, running after whatever the powerful set before them with the mechanisms of consumerism and distraction. In this way they do not bring forth the gifts the Lord has given each of them. “Everyone is born as an original”, Carlo said, “but many end up dying as photocopies”. (Christ is Alive # 105).

There is in each of us a fear of being ‘an original’.  It is far safer to hide in the crowd and ‘do what everyone else does’.  After all the ‘herd instinct’ is what preserves the life of animals in the wild.  Maybe it is written into our genes too?  But we know that is not true.  We know that we are happiest when we are able to ‘be ourselves’ and develop our own gifts and abilities.  There are times when we stop for a moment and realise ‘I am unique’.  There is no one – and never has been or will be – exactly like me.  There are billions of us but each of us is an original.

When the woman in John, chapter 8, is caught in the ‘very act of committing adultery’ she is brought by the scribes and Pharisees to Jesus for his comment. They form a group full of self-righteousness based on their interpretation of the ancient laws of Israel.  Jesus said nothing but bent down and wrote on the ground.  They pressed him and he straightened up and said, ‘Let the one among you who is without sin cast the first stone’.  And he bent down again and continued writing.  Now they were no longer a group.  Jesus’ word had separated them into individuals: each one had to make a decision, ‘shall I be the one to cast the first stone?’  Caught off guard they went away ‘one by one’.

Nicodemus was probably not there. By this time he was learning to distance himself from his group. We know how he struggled to be the ‘original’ he was.  He felt the pressure of the group and it was hard for him to assert what he felt in his own heart.  In the end we know he succeeded.  We all feel that pressure and it is even harder today when the media is able to saturate us with messages telling us what is best for us. The call to really be the original we are remains.