Over to you Mnangagwa 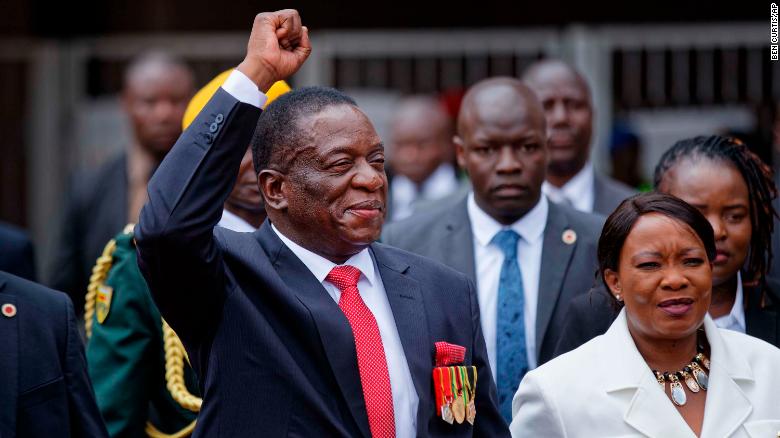 Source: Over to you Mnangagwa – The Zimbabwe Independent November 24, 2017

AS new President Emmerson Mnangagwa takes over the reins of power in Zimbabwe today, he will do so amid euphoria and expectation among his supporters and other citizens who were dog-tired of former president Robert Mugabe’s disastrous rule. 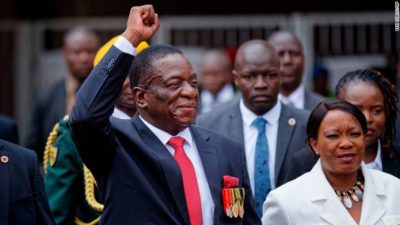 We have already seen ecstatic scenes from Saturday throughout the week which said it all — Zimbabweans at home and abroad are celebrating Mugabe’s departure in a big way. It must have been surreal for Mugabe to witness wild celebrations of his downfall. Compare that with 37 years.

In January 1980, hundreds of thousands of Zimbabweans thronged the Zimbabwe Grounds in Highfield township, Harare, to welcome Mugabe back from exile in Mozambique. He got a heroes’ welcome.

Three months down the line, in March 1980, with reggae icon Bob Marley and Britain’s Prince Charles in attendance, as well as dignitaries from around the world, thousands filled Rufaro Stadium in Harare to witness Mugabe’s rise to power amid huge expectations for the new nation of Zimbabwe. For Rhodesia had been a cauldron of racism, isolation and civil war among black and white.

Now people have been celebrating, and rightly so, but beyond that reality will soon dawn and sink in as expectations for reform and change grow.

People simply want jobs; they want social service delivery and improved standards of living. They want infrastructure, that is roads, railways and airports, repaired. They want clean water, good education and healthcare. They want opportunities to unleash their creative energies, ideas and talents. They want a friendly business climate to invest and prosper.

For them to get that, the operating environment and economy have to be fixed. The economy needs structural and fundamental reforms, as well as good management. There is need for a major policy shift. Government must bite the bullet of institutional, policy and structural reform. The business environment has to change.

Besides these economic issues, Mnangagwa needs to ensure restoration of the rule of law, property rights and observance of human rights. Democratic imperatives must be addressed quickly to build confidence and trust in the new president’s administration.

Of course, there is also no doubt at all we also need media reforms. Journalists must be allowed to do their job in a free and safe environment. The shadow of the police state must be lifted. If we are to transition from dictatorship to democracy, one of the biggest measures of that would be media freedom. As long as journalists are ethical, professional and tell the truth they must be left alone to work without fear or favour. Government must also stay away from social media control. In as much as social media is indispensable in the digital age, it can be a nuisance to everyone, but the authorities must let society find its own decency levels.

We also need to respect civil and political liberties. People need their freedoms; freedom of expression, freedom of movement and freedom of association. They need freedom from arbitrary arrest. That is why Mnangagwa must quickly intervene and ensure arbitrary arrests of rivals end now. Corruption must also not be tolerated. Without economic growth and job creation, Zimbabwe’s demographic dividend of a youthful population could turn out to be a social and political catastrophe.

But with the right reforms, including a shift to greater economic and political freedom, this can be a tremendously positive force for change. In making Zimbabwe work, human freedom is the key.

The biggest threat to Mnangagwa’s administration is not the opposition or media. Far from it.

However, this is a great opportunity for Mnangagwa, whose problematic democratic credentials and grisly human rights record are of great concern to many and thus under scrutiny, to fix Zimbabwe, shine and leave a good legacy. So it’s over to you, Cde President Mnangagwa!