Pari doctors and nurses down tools

Source: Pari doctors and nurses down tools – The Zimbabwean

Harare – Doctors and nurses at Parirenyatwa Hospital have gone on strike over their salaries. 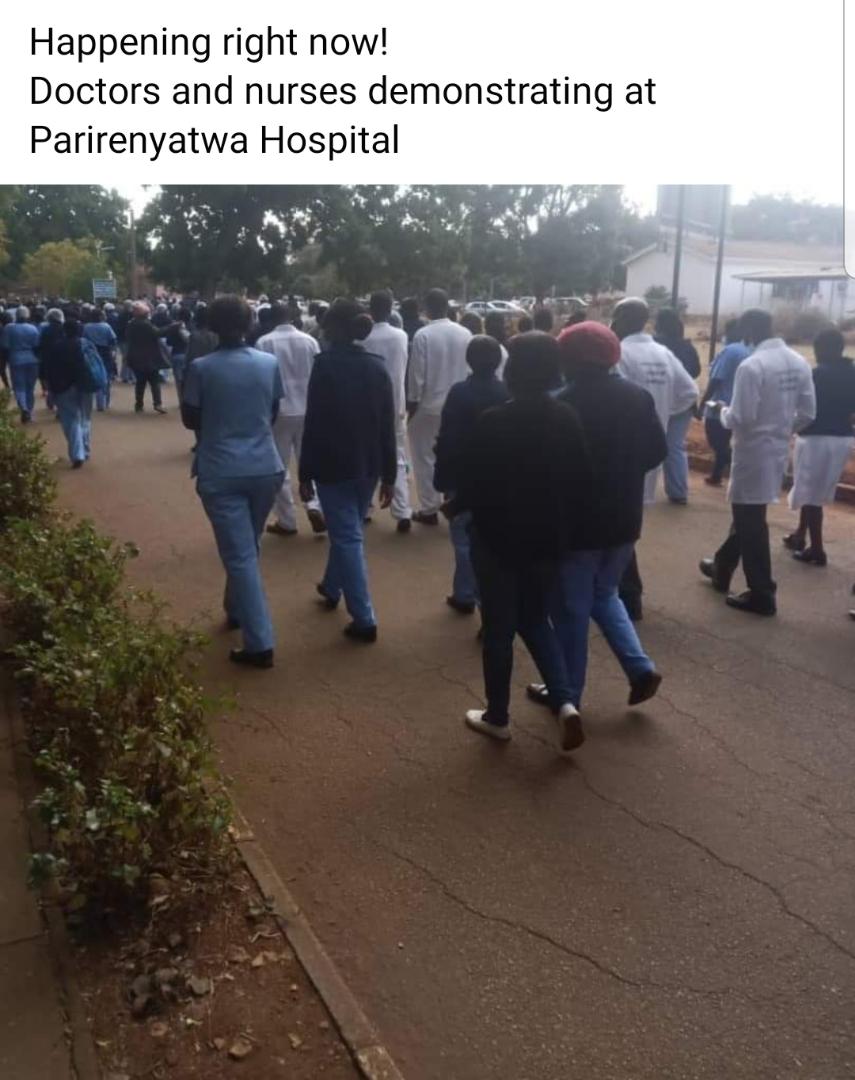 The marched on hospital grounds singing and chanting “ tinoda mayusa” – (we want to be paid in US Dollars)
With inflation over 700 percent, most people in Zimbabwe have seen their salaries eroded to the point where they can’t afford life’s basics.

The union representing civil servants has asked for a meeting with the authorities to discuss salaries.

Soldiers are understood to be restless after their salaries were docked this month because the government is broke. Several commuters have complained that they have been turned away from going to the CBD by police and soldiers despite having letters authorizing them to move around. It is not clear at this stage whether the soldiers action is a result of disgruntlement. A police spokesperson told journalists this morning that they were investigating the complaint from members of the public.