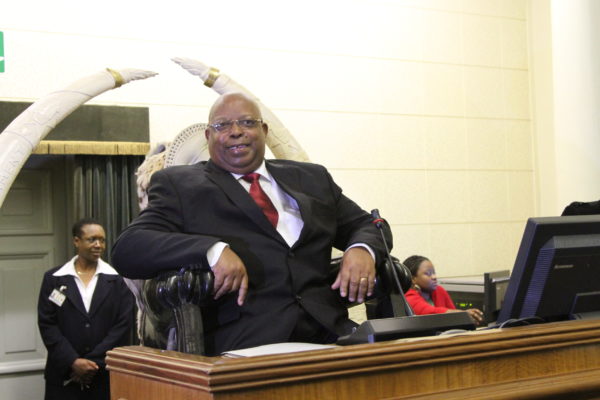 SPEAKER of the National Assembly Jacob Mudenda on Tuesday urged the Home Affairs ministry to quicken investigations into the ritual murder of seven-year-old Murewa boy, Tapiwa Makore, to facilitate the burial of his remains.

Tapiwa was allegedly murdered on September 24 for ritual purposes by suspects Tafadzwa Shamba and his namesake and uncle, Tapiwa Makore (senior).

Both are already in remand prison over the matter.

The issue was brought before Mudenda in the National Assembly as a matter of privilege by proportional representation legislator Memory Mbondiah (MDC Alliance), who said Parliament must intervene and ensure that the deceased child’s missing body parts were found so that he could be buried in a respectable manner.

This was after local chiefs insisted that they would not allow Tapiwa to be buried without his head. The alleged killers are still mum on the possible whereabouts of the child’s missing body parts.

“My point of privilege arises from the issue of the young boy Tapiwa, who, up to now, has not been buried. I would like to appeal to your office, Mr Speaker Sir, and the powers-that-be, that can the matter of Tapiwa be dealt with and put to an end so that the mother and father can get closure,” Mbondiah said.

“When your relative dies, and you still have not buried that person, you do not find closure. I am sure by now, Mr Speaker Sir, the body of Tapiwa is in a state of decomposition. So, I would like to appeal to your good office so that this matter can be put to an end,” she said.

Mudenda responded: “We will advise, I think the Minister of Home Affairs Kazembe Kazembe, to make closure to the issue because it is the police who are engaged with investigations on the matter and it could be quite a trauma for the parents and relatives when you have such a long period of waiting to bury your child who lost his life under some gruesome circumstances. I shall convey the message to Minister Kazembe accordingly,” he said.

“It is very painful that children are murdered gruesomely for lucky charms and in the belief that one’s business will grow, which is an unbelievable practice in this day and age,” Togarepi said.

“We must go out there in the rural areas to inform people that what happened to the Murewa boy Tapiwa must never happen again in this country and as Zimbabweans we must put our heads together to deal with this scourge of ritual killings once and for all.

“Those people that commit ritual murders must be severely punished, and these tsikamutandas must be banned because it is their devious work that has resulted in these child ritual murders.”

Beitbridge West MP Ruth Maboyi (Zanu PF) described Tapiwa’s uncle as “very devious” as no father could kill a child gruesomely and go on to cut their body into pieces.

“Traditional healers and tsikamutandas are to blame for making people believe they can get rich through body parts. Tsikamutandas are causing havoc at my constituency and they do witch-hunting using cats and accuse some villagers of being witches. What is worrying is that people believe that,” Maboyi said.
l Follow Harriet on Twitter
@harrietchikand1