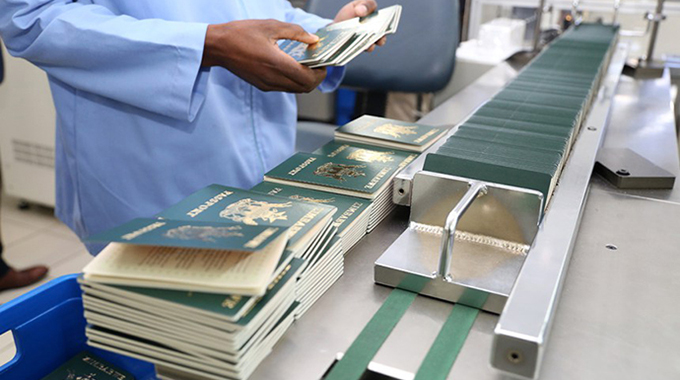 The government has described messages circulating on social media claiming that passports for people that applied for the travel document in 2019 are now ready for collection as a hoax.

A message from a fake Facebook page “advised” people that applied for passports in 2019 to start collecting them from the registry offices tomorrow.

“This is not true and any information from the Facebook page is not authentic,” the ministry of Home Affairs and Cultural Heritage said in a statement yesterday.

“The Civil Registry Department is working round the clock to clear the passport backlog and any communication regarding the collection of passports by applicants will be communicated via official communication channels and through the short message service platform.”

The ministry also warned of corrupt elements charging “processing fees”, saying those involved were doing it for their “own criminal and corrupt gains”.

As of February last year, the country had a passport backlog of over 400 000.

According to officials, the numbers could have doubled in the last year as more people apply for the travelling document to flee the economic crisis in Zimbabwe.

Millions of Zimbabweans have crossed mainly to neighbouring countries like South Africa and Botswana as economic refugees and the demand for passports has become higher as more are willing to seek greener pastures.

Last year, the government increased the price of passports from $53 to $150, but Home Affairs minister Kazembe Kazembe said the increase would not clear the backlog as the fees were still not sufficient.

The shortage of passports has forced many Zimbabweans to use illegal entry points to travel to countries such as South Africa where they remain undocumented.

Thousands of illegal immigrants from Zimbabwe are repatriated from South African and Botswana on a regular basis and authorities are battling to stop the irregular migration.