Patriotism can save Zim economy

IN the last few weeks, particularly after elections, Zimbabwe’s economy has undergone a material and rapid negative transformation, leaving business, government and labour in a crisis. 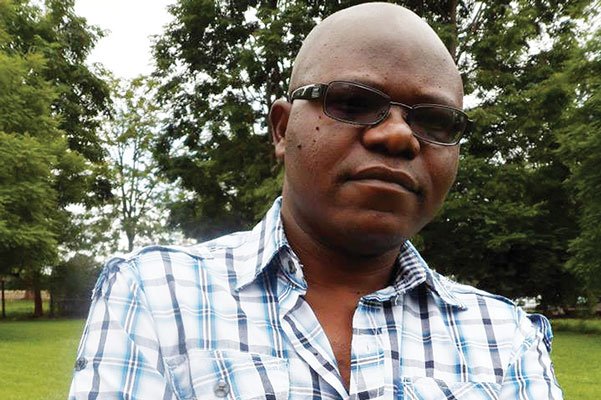 The biggest dip came after the October 1 fiscal and monetary policy measures announced by the monetary and fiscal authorities. These measures included the introduction of the 2% intermediated transfer tax, which was designed to help the country close or reduce its budget deficit with as much alacrity as possible and the separation of foreign currency accounts into Nostro Foreign Currency Accounts (FCAs) and Real Time Gross Settlement (RTGS) FCA.

As unofficial exchange rates ran amok, peaking to six times of the electronic media of exchange to one greenback, retailers increased their prices in line while others like KFC decided to temporarily close shop as they feared the return of 2008 where businesses sold their goods only to fail to replenish the stock as prices would have gone up. Following pronouncements by government that they had a plan to guarantee the parity of the bond notes and electronic balances to the American dollar plus the threat of arrests, the foreign exchange markets crashed in less than 24 hours to a recent low of $1:2 before stabilising at around $1:3.5. Despite this development, businesses have continued to increase prices and some are now demanding foreign currency for their services. There is a term for this in economics; ‘prices are sticky downwards’.

Some of the products are now so ridiculously priced in “local currency” that it is now more advantageous for customers to opt to pay in US dollars. The rise in prices has been so dramatic that Zimstat recorded inflation of 20% in October, though being a far cry from the 250% estimated by independent economists and statisticians.

While it is appreciated that there is a shortage of currency in the country, some of the prices that are being charged in the shops suggest that there is something wrong with our pricing model. For instance, how does the price of maheu go up three times from $0,50 to $1,50? How much of this product constitutes the foreign currency component? Economic logic suggests that the price of products should go up by the foreign currency component of the inputs. It is illogical for bottled water to go up nearly five times when the only component imported is the bottle. Pharmaceutical companies have also been found to be facing the wrong way; how does myprodol, which was costing $2 to $3, all of a sudden start costing US$7 or $31 in bond notes?

The cause of all these pricing problems is because of lack of patriotism. If wages were to go up in response to currency inflation, what would follow is inflation pushed both by wages and currency. In the end we will not have an economy. We will have lost an opportunity to rebuild the economy one more time as we would creep back to regrettable days of 2008.

So what is left for us? While it is a fact that we need foreign direct investment and thus an injection of capital, it is equally true that we need to promote domestic investment, which is way easier to attract, given that citizens have a vested interest in making their economy work. Foreign players will not come to a country where you need $15 to buy oats or where you need to part with $4 to buy lager or $3 to buy minute maid. They will simply go to countries where it makes sense. At the moment, everything in the economy is not making sense, except for fuel prices.

Our business leaders should be responsible, in line with the global dictates of responsible leadership. This responsibility entails competent and adequate pricing of their products so that they avoid unnecessary regulation, because ultimately, as the government has a duty to protect its citizens, they may be tempted to come in with regulatory instruments where it appears the market is failing.

The great depression was a decade, long sad chapter in the history of the United States. It was characterised by a massive loss of jobs and financial cataclysm. While there is no consensus as to what exactly saved the US from the depression, one thing emerged out of the quagmire; the great depression instilled unity and patriotism.
President Roosevelt remarked that “in seeking for economic and political progress as a nation, we all go up, or else we all go down, as a people”.

Patriotism also entails that we need to be frugal and save to rebuild our country. During the great depression, Americans did cut back on everything possible, including what may appear ridiculous today; city water, selling their car, not buying toothpaste, and overall, they avoided spending money on things that were not necessary. If we do that as Zimbabweans, we could save money and conserve the little foreign currency we have. If we think of how much business we have given to Messina, Francistown and of late Lusaka, and how much we have contributed in the development of those cities, then we would build our economy through the love of our country, which is patriotism.

The famous statement “things I can do for my country” is a clear demonstration of the essence of patriotism. Thus, as it applied during Roosevelt’s time that if people will want their country to take the right direction, they ought to work together, so does it also apply today to Zimbabweans.

Patriotism means we cannot be spectators in the terraces, watching the next move leaders make; it means; we must co-operate with them for the good of the country.

Daniel Ngwira is a finance expert and a researcher. He writes in his personal capacity