In two Tests against India, the Zimbabwean scored an astounding 540 runs at an average of 270. 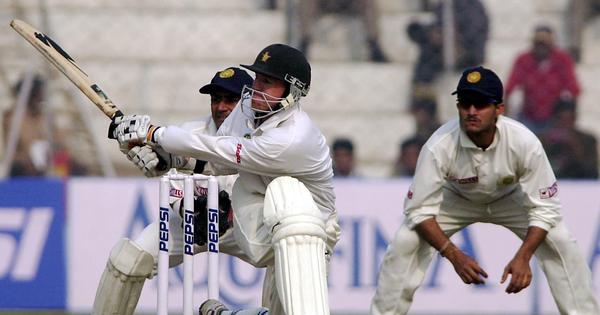 Andy Flower liked to put a price on his wicket and it might not be wrong to say that he put the highest price on it while playing India. Zimbabwe’s rise as a Test nation in the ‘90s owed as much to the talented bunch they had assembled as it did to Flower’s incredible batsmanship.

For a while, the numbers were simply astounding and they established him as the best wicketkeeper-batsman in the world. In the eyes of some, simply the best batsman too.

In a glorious run of nine Tests in the 2000s, he scored 1,066 runs at 88.83. Then, commentators would wonder aloud about his mental resilience and marvel at his concentration, which almost never seemed to break.

“When I started taking cricket seriously,” he explained, “I never actually had a high regard for whatever talent I had. Seeing the ball, hitting it, there were plenty of other cricketers who did that far better than I did. But I thought one area where I could be better than them was to be more determined, more hungry, and not give anything away.”

And all of it seemed to come together perfectly during the two-Test series in India in 2000. In those matches, he blunted India’s spin attack with a masterful display. His use of the sweep was superb because he chose not to reply on it completely. From time to time, he would use his feet and that was enough to put the spinners off their line and length.

“The first thing about batting and touring in India was the atmosphere that surrounded the game – I just found it completely stimulating. Wherever you went, almost everyone knew that a series was happening even for a small nation like Zimbabwe. Indians knew people’s stats, situation of the series and status of your squad as well,” said Flower recently, in an interview to DNA.

Flower added: “The vibrancy of the crowd excited me as a player and I enjoyed the challenge of pitting my skills against the Indian spinners. I was lucky to learn how to play spin by watching good players as a wicketkeeper but also by talking and watching Dave Houghton, who was a brilliant player of spin for Zimbabwe. That gave me an edge and also I scored a 100 in my first Test in India in Delhi gave me confidence that I could score against the Indian spinners. It was the excitement of playing in India and enjoying the growth of your skills to play spin were the factors that turned me on.”

For the series, India were missing leg-spinner Anil Kumble, who was being troubled by a shoulder injury, but skipper Sourav Ganguly would have believed they had adequate replacements in Murali Kartik, Sunil Joshi and Sarandeep Singh. They also had pacers Javagal Srinath, Zaheer Khan and Ajit Agarkar to back up the spinners.

And while India’s away record was poor, at home, they had built up a formidable record. But Zimbabwe were on the rise too. Their core group had stayed together since making their debut and the experience had started to come into play in the Test arena.

The first Test at Delhi saw India eke out a win despite Flower’s heroics. The left-hander scored 250 runs in the Test but Ganguly’s team still won as Srinath took 5/60 in the second innings to help bowl the visitors out for 225. Rahul Dravid and Ganguly then chased down the target in good time.

Nagpur was expected to be the same. Batting first, India put on a massive 609/6 declared. In reply, Zimbabwe were bowled out for 382 with Grant Flower scoring an unbeaten 106.

Ganguly decided to enforce the follow-on and it looked like a good decision when the visitors were reduced to 69/3 early in their second essay. But then, Andy Flower got stuck in.

He calmly worked his way to an unbeaten 232, the best score by any wicket-keeper in Tests. India tried everything but Flower simply did not budge.

Andy Flower on Zimbabwe’s tour of India in 2000

So good was Andy Flower that Ganguly decided he needed a better replacement for the injured Kumble. That was what made him fight for a young Harbhajan Singh ahead of the series against Australia.

Andy Flower’s numbers were simply astounding and it still makes the top-ten list of most runs scored by a visiting batsman in India.

India has become a much tougher place to tour since then but Andy Flower efforts had a special vibe to them and few who watched that innings will ever forget it.

Most runs in a Test series in India