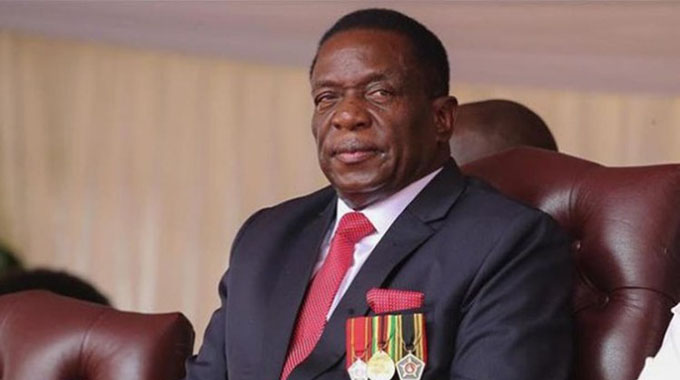 Africa Moyo Business Reporter
PRESIDENT Emmerson Mnangagwa yesterday said youths that will access loans from EmpowerBank must develop a culture of honouring their obligations, adding that the high default rate recorded under the Youth Development Fund, would never be tolerated.

The President said this while officially opening the EmpowerBank, which is designed to finance youth projects as part of Government efforts to broaden young peoples’ participation in the mainstream economy.

President Mnangagwa’s call comes after more than 70 percent of youths who got funds under the Youth Fund failed to pay back.

“. . . the youth and other beneficiaries of the bank packages must be honest, straightforward and responsible and pay back the loans advanced to them,” said President Mnangagwa.

The Empowerbank, which is capitalised to the tune of $12,5 million, is seen as another “building brick” that Government is laying towards a more prosperous future for the youths.

The EmpowerBank, which has been created through the Youth Development and Employment Creation Fund, is also expected to promote financial inclusion.

Further, the EmpowerBank is a futuristic financial institution as the products developed so far do not answer to the current needs of the market segment, but also has the future in mind.

Said President Mnangagwa: “I am thus optimistic that this institution will, in the long-term, birth the top entrepreneurs, millionaires and multi-millionaires of tomorrow.”

Expectations are high that since the majority of Zimbabwe’s population is made up of people under the age of 35, and unbanked, the EmpowerBank will play a central role in economic turnaround.

President Mnangagwa said the banking sector, and all other sectors, should harness the “immense potential” that resides in youths, as the country strives to achieve its vision of becoming a middle-income economy by 2030.

“To this end, my Government stands committed to ensure that its young citizens showcase and develop their talents, inherent creativity and innovation for sustainable economic development.

“It is envisaged that this financial institution will mitigate the limited access to credit finance, which for a long time has been an impediment to youth empowerment and emancipation,” said the President.

He challenged EmpowerBank to closely develop and support industry value chains at all levels of society so as to develop rural industry systems and distinct provincial economies.

EmpowerBank plans to adopt the Outreach Agency Model, which will enable it to reach remote and marginalised communities so as to bring financial inclusivity to those societies.

However, President Mnangagwa called upon those that would be appointed agencies of the bank to conduct themselves “honestly, fairly and with integrity: to ensure guaranteed confidence in this institution and its products”.

In addition, the bank has been urged to “resist the temptation” of charging exorbitant minimum balance requirements and transaction fees.

Added President Mnangagwa: “Let us re-inculcate a culture of savings and that of rewarding depositors through payment of interests as this will go a long way in rebuilding confidence and ultimately enhancing stability in the financial services sector.”

EmpowerBank board chairman Mr Raymond Njanike, said the bank will be a deposit taking micro-finance institution which will provide a number of services such as SME accounts, school fees loans and agri-business accounts, among others.
Two branches of the bank are expected to be opened in Harare and Bulawayo by September this year.

There are 175 non-deposit taking MFIs.