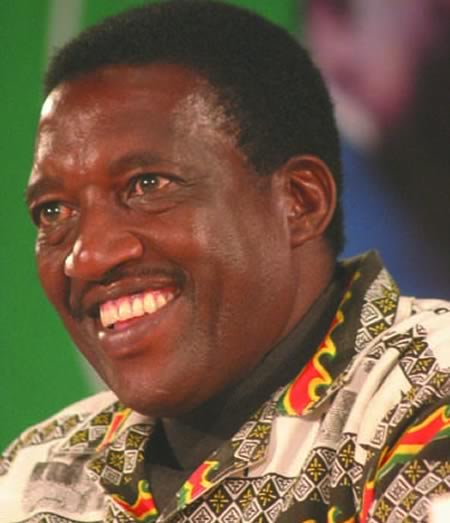 Nqobile Tshili Bulawayo Bureau
zanu-pf has lashed out at the Bulawayo City Council (BCC) for demanding payment for the party to use White City Stadium on Saturday for the Youth Presidential Interface Rally. According to the latest council report, city officials are demanding payment for the use of the stadium, saying although President Mugabe will be the guest, the event was not national.

The amount of money council is demanding was not stated. zanu-pf Bulawayo Province Youth Presidential Interface Rally organising chairperson Cde Absolom Sikhosana yesterday blasted the MDC-T run council, saying it lacked an appreciation of national events. He said the opposition party must be cognisant of the fact that when President Mugabe visits the city, he will not only be representing zanu-pf, but Government as well.

“That is utmost madness, that’s where the opposition is missing it,” said Cde Sikhosana. “You can’t deny the President any facility in the country. It’s unheard of and this is where the so-called opposition parties show that they are confused. The President is the President of everyone, them included. They need to behave. We are going to the White City Stadium and nobody can stop us from going there.”

According to the latest council report, the councillors are saying zanu-pf can’t use the venue free of charge due to financial challenges facing the local authority. “The proposed event, while it features the State President, is clearly a rally of a political party and only a section of the community is involved,” reads the council report. “The view is that it is not a State occasion and therefore does not qualify for the usual privileged status inasfar as the hire charges are concerned.”

Bulawayo Town Clerk Mr Christopher Dube tried to explain to councillors that the event was national since the President was involved, but they were adamant that the stadium should be paid for. “In response to a question, the Town Clerk pointed out that in terms of the Green Book for State occasions, any public event involving the State President is deemed a national event and must of necessity be accorded a befitting status,” reads the report. Council also rejected to offer Ingubo Primary School in Old Lobengula as a venue for catering purposes during the rally.