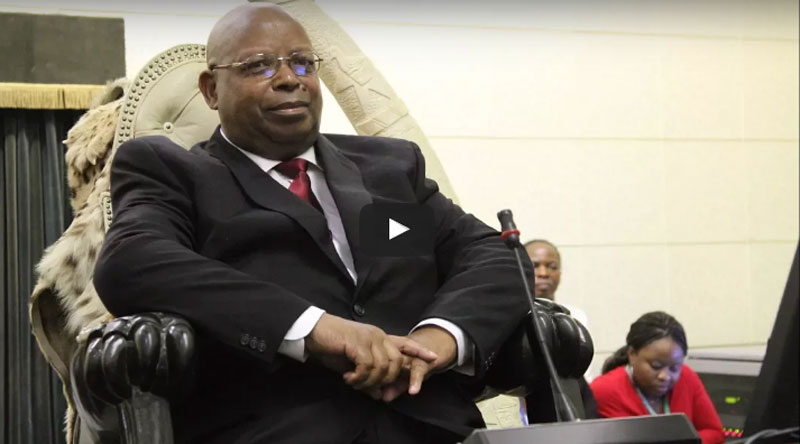 Six People’s Democratic Party (PDP) members of parliament are considering filing contempt of court charges at the High Court against the Speaker of Parliament, Jacob Mudenda, over his refusal to comply with an order that reversed their recall from Parliament.

Little-known Benjamin Rukanda, who purported to be the PDP secretary-general wrote a letter to Mudenda, purporting that the six had left the party and joined MDC Alliance and must, therefore, be recalled.

On 13 April 2021, High Court judge Justice Amy Tsanga ruled the legislators’ favour after they approached the High Court seeking nullification of the recalls.

Justice Tsanga declared that Rukanda was not the legitimate secretary-general of the PDP. The judge also said that the post belonged to Chikwinya.

Rukanda appealed against the ruling but it was thrown out by Justice Tawanda Chitapi on 28 April 2021.

However, to date, Mudenda has not admitted the six MPs back into parliament.

In an interview with Grazers News, Mudenda claimed the case was still at the courts and so he could not re-admit the MPs. He said:

There was an appeal that was made on that case. The case is still pending in the courts.

Meanwhile, one of the legislators’ lawyers, Jacob Mafume, dismissed Mudenda’s claim that the matter was still before the courts. He said:

There is no appeal. The appeal which was there was thrown out. There is a judgement that is there, which the speaker (Mudenda) has decided to ignore, turning parliament into a partisan tool. He is in contempt of court by hiding behind a non-existent appeal.

The option we have is to take him (Mudenda) back to court and it is high time people seek costs (of the lawsuit) on a personal level relating to contemptuous public officials.

MDC Alliance deputy spokesperson, Clifford Hlatywayo said that the recalls had left voids in the recalled MPs’ constituencies, describing them as “illegal, political and irregular”.

Newer Post
If ED truly listened to the citizenry’s cries, complaints, and criticisms, he would have been the people’s hero
Older Post
Zim receives US$4.6m for food aid