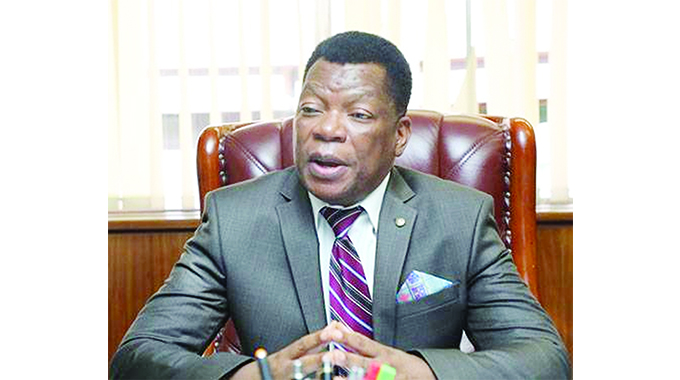 BRIAN CHITEMBA
FORMER Prosecutor General (PG) Kumbirai  Hodzi  was  dramatically forced to step down as the head of the National Prosecuting Authority (NPA) by President  Emmerson Mnangagwa, who  was incensed by the top bureaucrat’s “lethargic” approach in the anti-corruption drive.

Hodzi, who was appointed the NPA head in 2019 after assuming the office in 2018, in an acting capacity, resigned at the beginning of this month citing medical grounds.

The appointment of Hodzi was marred with some challenges after a Harare lawyer Joshua Chirambwe petitioned the Constitutional Court to nullify Hodzi’s appointment on several grounds. The apex court dismissed the application.

The Chief Secretary to the President and Cabinet Misheck Sibanda announced Hodzi’s departure early this month, saying Mnangagwa accepted the resignation, which was “due to ill-health requiring medical attention”.

But multiple high level sources confided in the Zimbabwe Independent about the behind-the-scenes maneuvers against Hodzi, which resulted in the NPA boss’ unceremonious exit.

Chief among the reasons for Mnangagwa’s disappointment in Hodzi was the lack of sting in the corruption fight. Other transgressions by Hodzi, according to the impeccable sources, include frustrating training programmes proposed by several British firms, who had offered to share technical expertise on anti-corruption strategies.

“All those proposals died a natural death at the PGs desk,” a top official said.

After assuming office in 2017, Mnangagwa promised a zero tolerance towards graft but there is strong criticism about the catch and release game and low levels of convictions.

A cat-fight between the Zimbabwe Anti-Corruption Commission (Zacc) and the NPA worsened Hodzi’s woes.

“The President was unhappy that the PG (Hodzi) was not being aggressive enough in the fight against corruption. Many dockets were not being prosecuted amidst finger pointing between the PG’s office and Zacc. It became clear that Hodzi was not pulling his weight,” the official, who requested anonymity due to the sensitivity of the matter, said.

In fact, at the initial appearance of the case involving the businesswoman, she had been released on free bail before the questionable decision was reversed.

“As we head towards 2023, it has become crucial for the President to deliver on his anti-corruption campaign. Rampant corruption in both the public and private sectors has been cited by investors as hindering investment in Zimbabwe,” added the source.

Approached for comment, Hodzi did not respond to questions by the time of going to print.

“However, due to legal implications regarding the removal of a PG, Mnangagwa himself a lawyer and a former Justice and Parliamentary Affairs minister, avoided direct interference with the operations of the PG’s office,” the source said.

Instead, Mnangagwa conveyed his displeasure against Hodzi’s performance through Justice minister Ziyambi Ziyambi and the ministry’s permanent secretary Virginia Mabhiza, he pointed out.

“But the message fell on deaf ears,” the source said.

He said the NPA performance remained under par, further petrifying Mnangagwa, who eventually summoned Hodzi to his office in mid-February.

The source narrated: “His Excellency (HE)(Mnangagwa) as a lawyer and former Justice minister appreciated very well that he couldn’t from a Constitutional perspective interfere with the operations of the PG’s office.

“He, however, made his views clear on Hodzi’s short comings to people like the Justice Minister as well as the Permanent Secretary of Justice whom he relied upon to convey his displeasure on Hodzi’s performance.

“It didn’t seem that that message hit home. Hodzi was not walking his talk.”

He went on, “In mid-February HE (His Excellency) eventually summoned Hodzi. He conveyed his intentions to him of setting up a tribunal to remove him from office for incompetence.

“Hodzi opted, instead, to resign on medical grounds. His medical issues had been a constant excuse on his part for failure to execute on his constitutional mandate. HE agreed to accept his resignation on these grounds.”

The constitution states the Prosecutor General can only be removed following the same procedure as removing a judge: On the grounds of incapacity, gross incompetence or gross misconduct; and upon appointment of a tribunal to investigate the incapacity, incompetence or misconduct (brought to attention by the President himself or on advice from the Judicial Service Commission).

The tribunal must consist of at least three members including a judge of local or international esteem and at least one person from a list of three or more recommended legal practitioners submitted by the Law Society.

The constitution further states that the President is obliged to act on the recommendation of the tribunal.

Hodzi, who succeeded Advocate Ray Goba, has since been replaced by deputy PG Nelson Mutsonziwa in an acting capacity.

In private briefings, sources mentioned that the favourite candidate to take over from Hodzi is Zacc chairperson Loyce Matanda-Moyo, a former High Court judge.

“It is not expected that a new PG will be appointed anytime soon as that is likely to be a lengthy process following the Constitutional processes,” said the source.

As with the removal of the ProsecutorGeneral, the constitution states the person must be appointed in the same way as a judge, by: Advertising the position; inviting the President and members of the public to nominate candidates; conducting public interviews of candidates; and preparing a list of three qualified nominees to be submitted to the President from which the President makes his/her selection.

Recent studies by corruption watchdog, Transparency International Zimbabwe, showed that Zimbabwe loses about US$2 billion annually to corrupt activities. This shows the significant impact of corruption, which ultimately increases poverty levels and exclusion.

Corruption has been rife in public and private sectors, especially in mining, procurement, public works, housing, finance, education and health.