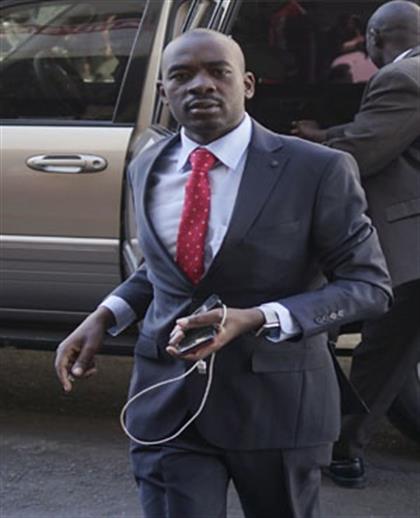 Nelson Chamisa, who turned 40 in February, is old enough by only a few months to be president of Zimbabwe under the constitutional minimum age limit.

Nelson Chamisa, who turned 40 in February, is old enough by only a few months to be president of Zimbabwe under the constitutional minimum age limit.

But he hopes that, come Monday, his youth will be the force that propels him to election victory against all the odds.

Chamisa joined the opposition Movement for Democratic Change (MDC) as a student when it was founded in 1999.

He took over as party leader this year after a messy succession battle followed the death of hardened veteran Morgan Tsvangirai.

Upbeat and energetic, Chamisa faces the task of unseating a ruling party that has held an iron grip on government since Zimbabwe became independent in 1980.

But Chamisa believes that the shock ousting of longtime ruler Robert Mugabe last November has reshaped national politics, giving him the chance of victory through the ballot box in the July 30 elections.

The lightly-built Chamisa, a lawyer and church pastor, experienced at first hand the dangers of opposing Mugabe and has been arrested several times for his political activities.

In 2007, he was severely beaten with truncheons and an iron bar and left for dead.

He spent five days in hospital after the attack, which was widely blamed on ruling Zanu-PF party thugs.

Despite the risks, he continued to challenge the regime and he now faces Mugabe’s successor President Emmerson Mnangagwa, 75, in a presidential race that has a total of 23 candidates. 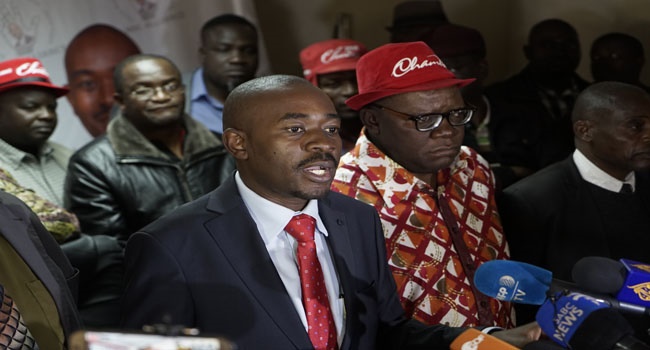 Born in Masvingo, south of the capital Harare, Chamisa studied law and political science at the University of Zimbabwe and holds a degree in theology.

He credits his career to his parents’ insistence that he value education and excel in school.

As head of the Zimbabwe National Students Union in the late 90s, Chamisa was among organisers of massive demonstrations against Mugabe’s government that resulted in colleges and universities being shut down.

He rose through MDC party ranks, holding posts including leader of the youth wing and party spokesperson. 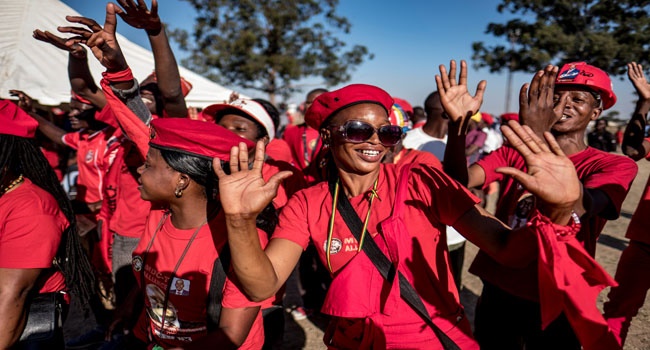 Over the years, he has earned a reputation for delivering passionate speeches spiced with humour – a sharp contrast to the sombre Mnangagwa.

In the troubled power-sharing government after the 2008 election, he was the youngest member of cabinet, serving as information and communication technology minister.

Chamisa’s mentor was MDC founder Tsvangirai, who died from cancer in February.

The party’s internal rivalries sparked a damaging leadership battle that Chamisa is still struggling to repair. 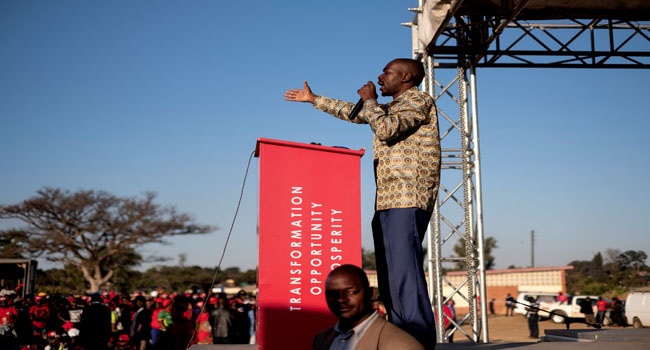 On the campaign trail, he has led with conviction, speaking at scores of rallies and successfully keeping up his public profile by attacking the electoral authorities and ruling party.

In an interview with AFP, he said he would ride a wave of youthful optimism to victory, emulating Barack Obama, Emmanuel Macron and Justin Trudeau.

“People are connecting with young leadership,” Chamisa, who is married with one child, declared.

“Young people are taking charge, look at France, look at Canada… look at the United States,” he said.

Chamisa has alleged the election is riddled with fraud but vowed not to boycott it, saying he will win and that his party will not resort to violence.

“We can’t boycott our mandate, winners don’t boycott,” he said. “Victory is inevitable.” 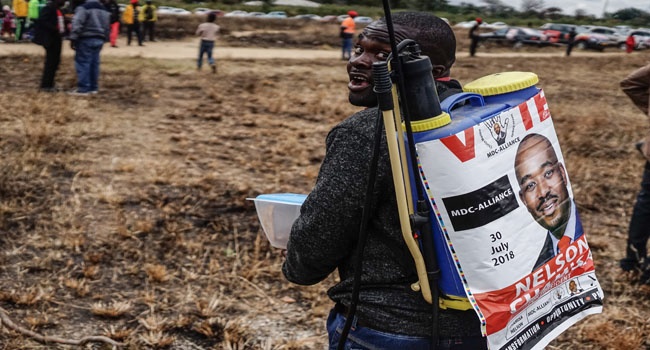