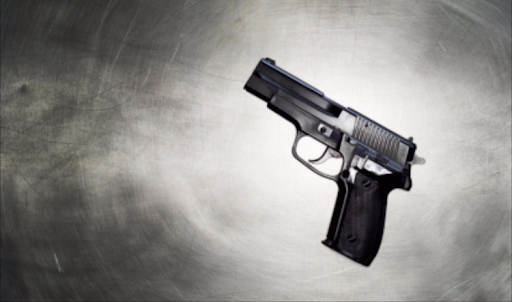 BY NKOSENTSHA KHUMALO
A 27-YEAR-OLD man from Emganwini suburb and his girlfriend have been dragged to court for illegal possession of a firearm.

Simelweyinkosi Dube (27) and his girlfriend Carl Ncube were on Tuesday arraigned before Bulawayo regional magistrate Elisha Singano, who remanded them in custody to June 20.

The firearm, a Browning pistol, is suspected to have been used in a spate of armed robberies in the city.

It was found in their bedroom wardrobe

Prosecutor Patience Sibanda told the court that on November 14, 2021, the Bulawayo Criminal Investigations Department (CID) Homicide squad arrested Dube over an armed robbery case which had occurred along Harare-Bulawayo Highway on September 8, 2021.

After the arrest, it is alleged that Dube hid the pistol in his wardrobe at their Emganwini home.

The duo was nabbed after detective Wellington Masuku received a tip-off that the suspect in the robbery case was Dube.

Dube tried to flee, but was shot on the left thigh. He later disclosed to the police that the pistol they were looking for was at his Emganwini house.

Ncube was also charged for unlicensed possession of a firearm.

She, however, denied the charges and alleged that she never saw the pistol while cleaning the bedroom.

Dube was transferred from Gwanda provincial magistrates’ court, where he had another pending trial for robbery cases.

He was granted bail in January this year after getting arrested and detained at Gwanda Police Station for other robbery charges.