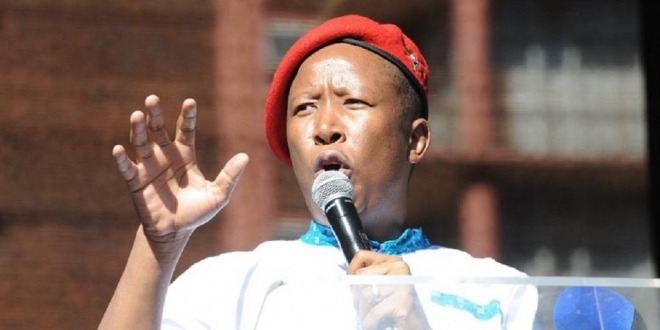 JOHANNESBURG – Economic Freedom Fighters (EFF) leader Julius Malema said if South Africa continued refusing to open its borders, then Africans seeking to enter the country must find creative means to do so.

Malema made the remarks earlier on Wednesday while briefing the media.

He slammed the government for the congestion at the country’s borders, which saw thousands of people stuck at the ports for days on end during the festive period.

The situation was exacerbated by the screening and testing for COVID-19.

Government has since closed all 20 land ports of entry until 15 February.

Malema has questioned the reasoning behind closing land ports while allowing international air travel to continue.

He said the gates, which have been shut, are used by black people while those that brought COVID-19 into the country remain open.

“We must not shy away, it is white people who brought coronavirus here and the gates are open for white people to continue bringing it into the country because we’re scared of white people.”

Malema said ports should be open for those in the SADC region, urging those in neighbouring countries to not allow themselves to be shut out of South Africa.

“Fellow SADC people, please find a creative way; this is your home, your families are here and there’s no way anyone is going to close you out.”

The EFF has consistently campaigned for one continent and called for the removal of the borders.

Melams said this also made it difficult to locate criminals once they’ve fled the country. – Eyewitness News