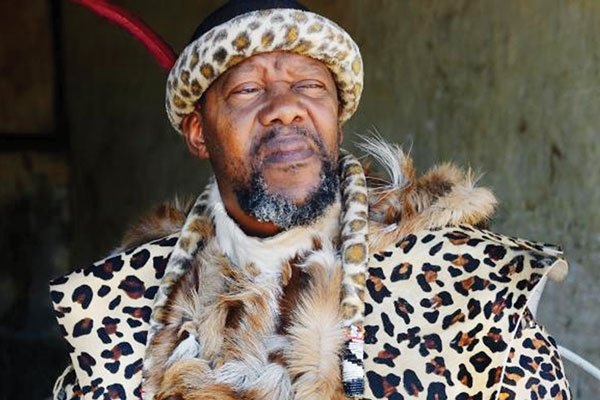 POLICE in Bulawayo yesterday blocked a solidarity march organised by various political and civil society groups in support of Ntabazinduna’s Chief Nhlanhlayamangwe Ndiweni, who is being hounded for allegedly refusing to recognise President Emmerson Mnangagwa’s administration.
The outspoken Matabeleland North traditional leader early this week foiled an attempt by suspected Zanu PF activists to grab his official vehicle after he had earlier blocked government plans to invade and parcel out land on Ntabazinduna Mountain.

Ndiweni on Wednesday foiled an attempt to seize his vehicle by suspected Zanu PF activists, who accused him of attacking government and calling for the continued imposition of sanctions on Mnangagwa’s administration. The Matabeleland North traditional leader is also on record describing the President as illegitimate.

“We must be clear with one another as sanctions have been there for decades and Zanu PF knew it, when they were campaigning in 2008 and 2018. Hence, it is ludicrous for them to turn around and blame sanctions on the chief.

During the time of (late Rhodesian Prime Minister) Ian Smith, sanctions were there, but the country continued to prosper,” Hanana said.

He said sanctions were justified as long as Zanu PF does not change its course.

Sharlene Charles Ndlovu of the Mthwakazi Restoration Movement concurred: “We came here in solidarity with our Chief Ndiweni. As an organisation, we rally behind the chief, standing for human rights and in full support of the heritage and cultural preservation of the Mthwakazi nation.”