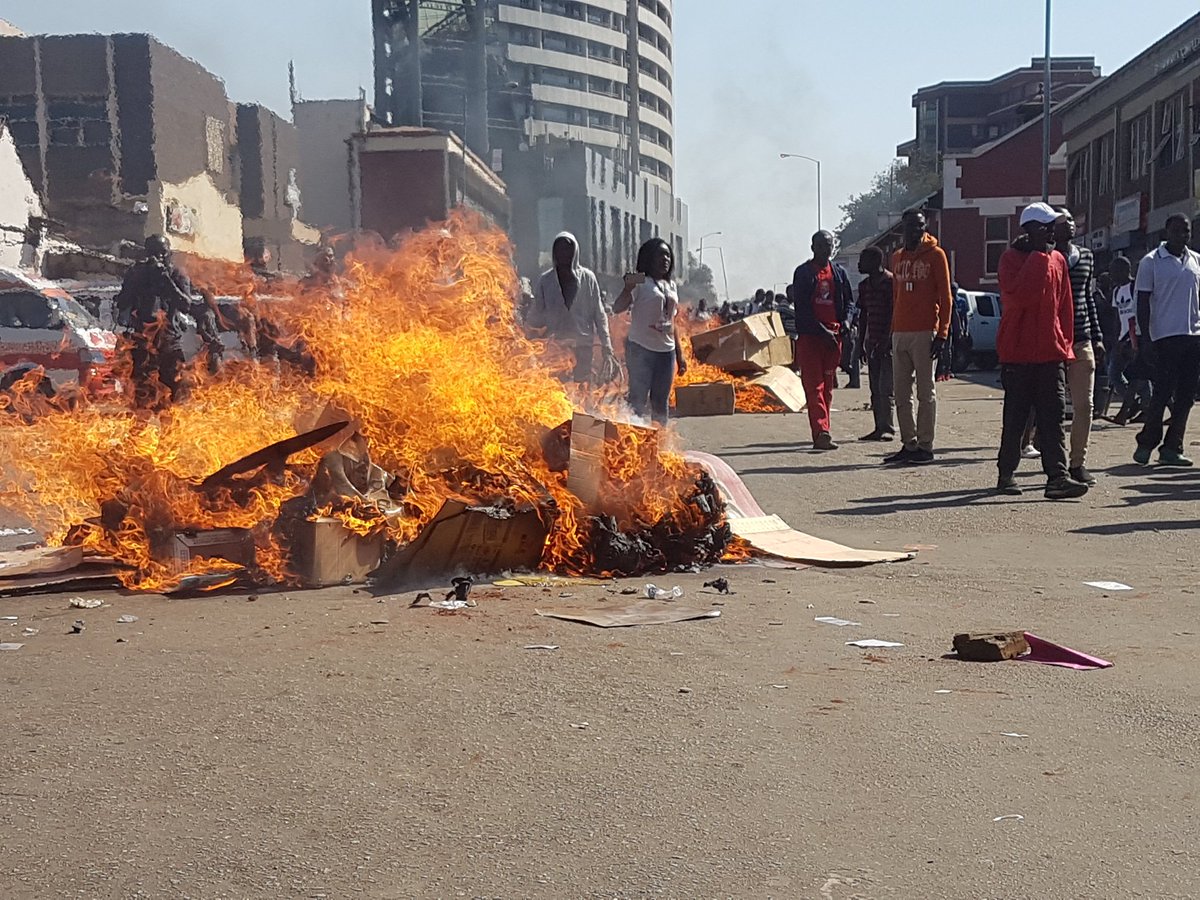 Six people have died during violent protest in Harare following the announcement of the preliminary election results on Wednesday.

“We deeply expressed our condolences as the Zimbabwean public police, 14 people were injured and a total of 22 shops were damaged in Harare,” said Charity Charamba, Zimbabwean police spokesperson.

Zimbabweans are still waiting for Zimbabwe Electoral Commission to announce the presidential results.

Newer Post
Latest: We have results and I won- Chamisa
Older Post
Give ZEC time to complete its work: Sisulu