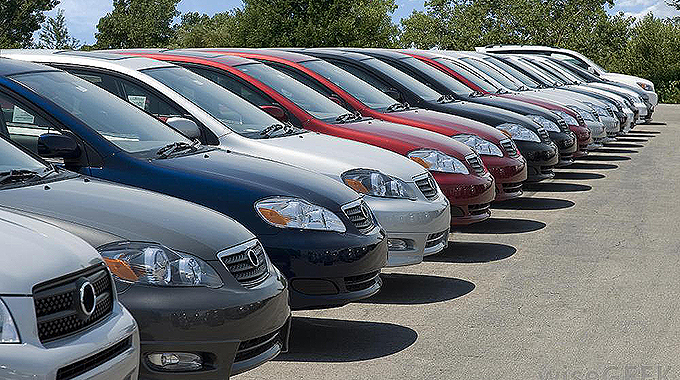 Freeman Razemba Crime Reporter
Police have intensified investigations into a case in which more than 50 people in and around Harare lost thousands of dollars to a car dealer who allegedly fooled them that he could facilitate the importation of vehicles from Japan and other countries.

Shaun Muteswa, who operates a company called Asia 2 Africa Auto Zimbabwe based at Number 9 Rhodesville Road, Eastlea, Harare, was on Wednesday picked up for questioning by detectives from the Vehicle Theft Squad (VTS) in connection with the case.

He appeared in court on Thursday facing fraud charges and theft of trust property.
Police say all the victims who were duped by Muteswa should contact the Criminal Investigations Department (CID) VTS to assist them with investigations.

Police believe that more people could have been duped.
The Herald understands that people paid him amounts ranging between $3 000 and $20 000 last year for vehicles which have not yet been delivered.

It is believed that Muteswa had been giving them flimsy excuses, prompting them to report him to the police.
Most of the victims reported their cases at Harare Central and Southerton police stations.

Criminal Investigations Department spokesperson Detective Assistant Inspector Portia Chinho yesterday appealed to all those who were duped to contact them.

Investigations carried out so far revealed that more than 50 people were defrauded by Muteswa and his accomplices in these botched car deals after paying him cash in United States dollars.

Most of them have been visiting his offices, but to no avail and it is believed that Muteswa and his accomplices could have converted the money to their personal use.

According to Asia 2 Africa Auto website the company is a wholly owned Zimbabwean firm, which bridges the geographical gap between the supplier in Japan and the client in Zimbabwe.

“Our Modus operandi can be broken down into two main aspects, firstly the facilitation of importation of motor vehicles from Japan to Zimbabwe, and secondly the vigorous inspection by independent adjudicators of the said vehicles at Durban Port, in order to guarantee our client receives a quality product upon delivery. Asia 2 Africa Auto provides quality vehicles at reasonable price with Customer satisfaction and loyalty,” read the brief on the website.

The company said it sourced vehicles from a wide array of suppliers in Japan, assuming agency over the import process, from arrangement of shipment in Japan, to port clearance at Durban Port, as well as clearance at the Beitbridge Border Post.

It said that it had two methods of vehicle sales, a six-month lay-by plan and a once-off full payment plan.
“In the event that the customer opts for the six months lay-by plan, the customer pays an initial non-refundable deposit of 25 percent of the CIF price, the vehicle is then purchased from our suppliers and stored in our warehouse in Japan, awaiting at least 70 percent payment before it can be shipped.

“In the event that the customer makes a once off full payment, it takes 10 working days for our suppliers to receive their payment upon, which shipping arrangements are then made,” it said.