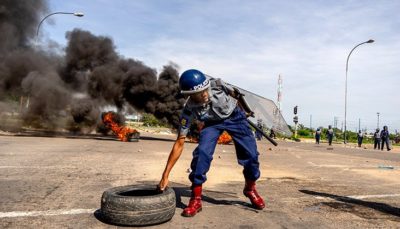 THE Zimbabwe Republic Police (ZRP) has warned members of the force with a penchant for taking bribes from motorists that the long arm of the law will soon catch up with them.

In a statement last week, ZRP said the investigations were triggered by a video which circulated on social media showing a traffic police officer taking bribes from motorists.

There are claims by motorists that traffic cops are demanding bribes from motorists.

“The ZRP does not condone acts of criminality which include corruption by police officers on deployment for various duties.

“In this regard, the ZRP is investigating a video which went viral on social media of a police officer seen counting some wads of US dollar notes while another is on WhatsApp,” the ZRP statement read.

“It’s not clear if the video is recent or not, as the ZRP no longer accepts deposit fines on cash basis at roadblocks or other checkpoints. Meanwhile, the ZRP has identified the police officer involved in the ZRP Braeside incident which went viral on social media recently.

“Investigations are now in full swing with disciplinary measures being put in motion. The ZRP appreciates and applauds the public for raising concern over the two video clips.”

Traffic offences are on the rise as commuter omnibus operators are back in business despite a government ban on private kombis which are not willing to join the Zupco franchise.

It is alleged that these kombis, that are already menace in cities, are taking advantage of corrupt officers to operate.