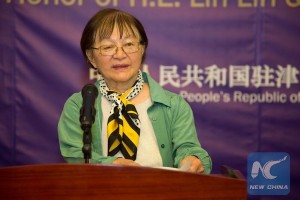 IT would be a serious mistake to assume that technical and managerial changes alone are required to change Zimbabwe’s economic fortunes.

Zimbabwe’s political system has deteriorated from a democratic system, where the needs of the whole population were once taken into consideration in the 1980s and 1990s, to a system where only the small formal sector is considered important.

Most of the State budget is spent on paying about 550 000 government workers, yet State employees comprise less than four percent of the total population.
Their salaries, although mediocre, are still five times higher than the per capita gross domestic product.

Despite this concentration on the formal sector and government employees, little is devoted to ensuring that they perform their tasks adequately, particularly in terms of improving and expanding the economy. Thus, the economic cake cannot expand.

Zimbabwe’s present ideology is certainly a mixed ideology, putting together many traditional values (nationalism, racism/tribalism, traditionalism, cultural conservatism, obedience); liberation values (socialism, free primary education, free land distribution, low cost and affordable consumer goods, freedom, but not always clearly defined, and sometimes defined as polygamy and promiscuity, even as corruption and looting what once belonged to white settlers); State ownership of parastatals (but utilising proceeds for the benefit of the ruling class); Rhodesian values (in particular faithfully retaining the Rhodesian economic and education systems); dependence on foreign investment for future development. It is not surprising that both citizens and investors speak about opposing policies being promoted at different times, or even at the same time, by different political leaders.

It is clearly essential to have clearer ideological and policy clarity which can be shared by the majority of the population. One essential policy will be the ownership of the economy or means of production. The current indigenisation policy attempts to deal with this issue, but its legal and regulatory frameworks are worded in such an over-politicised manner that it would mainly benefit only powerful politicians. The A1 land resettlement programme model, which benefited some 180 000 small scale farmers — albeit only through offer letters and not through legal leaseholds — is one route to ensuring a major transfer of ownership rights to a significant number of citizens. This is likely to have long-term benefits for economic development if land rights are made more reliable and long-term.
The proposed housing scheme for civil servants, which may rise to cover all civil servants in due course, is another game changer which can stabilise the political, social and economic system of the country.

Providing training, technical skills, and support for informal industrialists can increase the number of successful indigenous entrepreneurs and increase their capacities.

This is an abridged excerpt from former education minister, Fay Chung’s 55-page paper on Work and Employment Creation in Zimbabwe, an analysis examining the economic situation in Zimbabwe since Independence in 1980 up to today.