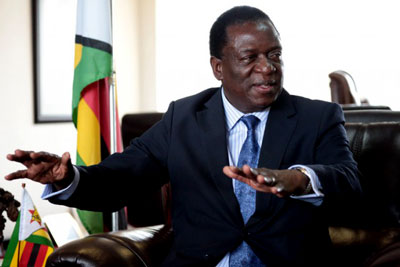 The International Monetary Fund this week released its 2018 World Economic Outlook report, which shows that recovery in Sub-Saharan Africa is projected to continue on the back of rising commodity prices — with overall economic growth expected to increase from 2,8% in 2017 to 3,4% this year.

In 2019, the region is projected to grow 3,8%, which is 0,1 percentage point higher than estimated in the previous outlook in April. But the rosy picture can be misleading. A scan of the global landscape reveals that the expansion is less even and risks to the outlook are mounting. For countries such as Zimbabwe, the IMF encourages the enhancement of resilience through an appropriate mix of fiscal, monetary, exchange rate, and prudential policies to reduce vulnerability to tightening global financial conditions, sharp currency movements, and capital flow constraints and reversals.

“To raise potential growth and enhance its inclusiveness, structural reforms remain essential to alleviate infrastructure bottlenecks, strengthen the business environment, upgrade human capital, and ensure access to opportunities for all segments of society,” the IMF says.

The failure to implement far-reaching structural reforms has been a major weakness for Zimbabwe. Policy inconsistency, economic mismanagement, high-level corruption and toxic politics are at the heart of a volatile mix which has wreaked havoc on the economy, eroding the productive capacity, throttling all the vital indicators and plunging the population into poverty and despair.

Infrastructure bottlenecks are a major challenge, with a huge proportion of the roads, railway facilities and public amenities wallowing in a state of disrepair. Factories — be they in Bulawayo’s Belmont industrial wasteland or Harare’s cobweb-ridden Workington zone — are in desperate need of not only re-tooling, but also re-configuring to reposition them for a 21st century existence.

On the corruption front, President Emmerson Mnangagwa is merely threatening to fight the scourge. The President has “named and shamed”, amid loud threats of hellfire and all sorts of severe punishment, individuals and companies he accuses of illegally externalising foreign currency — and yet we have not witnessed the successful prosecution of these so-called criminals. Instead, there are plenty of signs to suggest that systematic elite corruption has escalated, as shown by the proliferation of dodgy deals. Fiscal indiscipline poses significant risk to Zimbabwe’s desperately fragile economy. This week we have seen the broke government awarding “special allowances” to civil servants.

The public service wage bill is already unsustainable. How will the government — currently mired in the dicey quicksand of fiscal deficit — fund this unbudgeted expenditure? The consequence of increasing civil service wages in an economic environment characterised by shrinking productivity can be inflationary.

The grotesque irony of the government’s reckless spending is that it comes at a time Mnangagwa is shouting from mountain tops that his government prioritises economics over politics. The reality on the ground is a stark reminder that populist posturing will plunge the country deeper into economic turmoil.