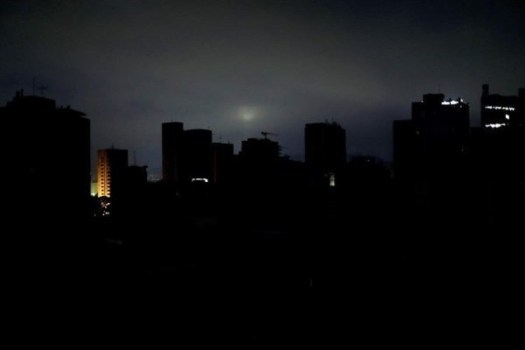 The power outages besetting the country are set to derail economic growth prospects during a difficult phase for Zimbabwe when the economy is reeling from the effects of COVID-19, economic analysts and leading industrialists have warned.

Finance minister Mthuli Ncube has projected that Zimbabwe’s economy would register a 7,8% growth this year — after contracting by 4,1% in 2020 — riding on expected rebound in several key sectors, including agriculture and mining.

Growth is also projected to continue in 2022 and beyond.

But in the past few weeks, this growth has come under the spotlight after the power crisis — a long-running hurdle confronting the southern African country — returned to haunt industries.

Zimbabwe Electricity Transmission and Distribution Company, a unit of Zesa Holdings Limited that interfaces with consumers, announced last week that there would be 12-hour rolling blackouts in the coming weeks as the 1 050 megawatt (MW) Kariba Hydroelectric Power Station entered scheduled maintenance.

In addition, the Hwange Thermal Power Station, a 920MW facility, has been beset with generation problems after some key units ran into technical faults over a month ago, the longest such interruption in the past two years. These setbacks have crippled factories and domestic consumption, compounding the country’s worst economic crisis in a decade.

Analysts said the power cuts would amplify a crisis that was already piling pressure on the economy long before the COVID-19 crisis broke out last year, forcing government to impose blanket hard lockdowns meant to prevent contagion.

However, it is not only the pandemic that held back growth in 2020, as foreign currency shortages, which resurfaced in 2019 following a decade of stability, also hit industries hard, while rocketing prices and hyperinflation had already given economic planners and industrialists sleepless nights.

Experts said the 61% manufacturing sector capacity utilisation projected by industry to be reached by year end was under threat.

But the issue is, once the manufacturing sector stumbles into volatilities, the rest of the economy suffers. Other key industries driving Zimbabwe’s economy are tourism and mining, which generate a combined US$4 billion per annum.

Prospects look bright in the mining sector after international commodity markets witnessed a rise in demand this year, with gold, platinum and chrome reporting sharp rises in demand and prices since January.

But the tourism sector remains in the doldrums in the aftermath of the first three waves of the pandemic, although travel is slowly returning in some markets.

“The challenge now is that we have just gone to Level 2, where we were expecting to ramp up production,” Jabangwe told the Weekly Digest.

“This will affect output unless Zesa deliberately ensures industry is excluded from load shedding,” he said.

Capacity utilisation rose by 11 percentage points to 47% in 2020 from 36,4% in 2019 (due to) improved foreign currency availability, increased sales and re-tooling. Firms have in the past year been able to access cheaper foreign currency from the auction system introduced by the Reserve Bank of Zimbabwe in June.

Companies have also been kept busy since last year because the local market demanded more domestic products after borders were closed by governments to contain the pandemic.

“The rolling power cuts for households and industries will have a devastating effect on capacity utilisation by industry,” he said.

“Industry expected capacity utilisation to eclipse 60% in the third quarter (Q3) and Q4 but those hopes are now fading. Industry will lose valuable production time, incur additional energy costs, lose sales and fail to meet orders. For households, costs of additional energy consumption such as gas will eat into meagre disposal incomes especially for poor families.”

Another economist Enock Rukarwa said it was unfortunate that power cuts were coming at a time when industries were trying to catch up following the adverse effects of COVID-19 lockdown measures, which only allowed a few companies considered as essential services to operate.

“Relative stability on inflationary pressures and exchange rate dynamics have been encouraging lately. Other critical input factors like electricity fuel needs to be efficiently supplied for the local industry to remain optimistic,” he said.

“On the backdrop of 50% labour force operating remotely, electricity supply bottlenecks will have a huge dent on productivity, thereby affecting the entire economy.”

President Emmerson Mnangagwa, at the commissioning of 200 transformers and 117 vehicles procured by Zesa Holdings recently, indicated that power shortages would end in two years’ time.

“Minister of Energy and Power Development (Zhemu Soda), I want that in this country, after two years, maximum three years, we should have all the energy we want and no one should be able to spell the word ‘load-shedding’ in the next two to three years,” Mnangagwa said at the time.

“In addition, these interventions will consolidate stability of the electricity supply system, reduce technical losses and bolster power supplies within the Southern African Power Pool transmission grid. Meanwhile, the Integrated Energy Resource Master Plan must be speedily completed,” he added. The International Monetary Fund recently almost doubled its economic growth forecast for Zimbabwe, citing a bumper harvest, improved power supply and an increase in manufacturing and construction. The Bretton Woods institution expects the economy to expand “by about 6%” this year.

This is close to government’s growth projection of 7,4%.

The World Bank has put this year’s gross domestic product growth at 3,9%, underpinned by a good agricultural season and an inflationary slowdown.

Zimbabwe requires 1 500MW of electricity per day, down from the
2 000MW in the past due to deindustrialisation. Small independent power producers are now contributing 1,75% to local generation with hope that they will increase generation to the grid in future.

The country is in the process of rehabilitating Hwange Expansion Project for units 7 and 8 and upon completion in 2022, the project will increase power generation from the current 600MW to
1 200MW.

The power station has a capacity of 900MW, but is currently generating 600MW.

Zesa in May hiked the power tariffs by 30% indicating that the then existing tariffs had become sub-economic.