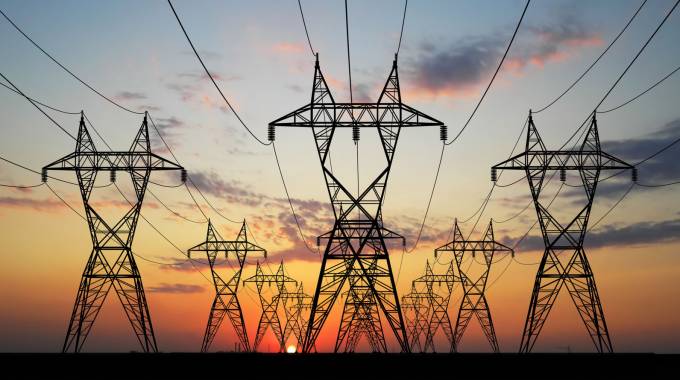 Life in the usually serene valley of Kaerezi, deep in rural Nyanga, was brought to a literal standstill last Thursday noon as a convoy of high-rider vehicles snaked its way down a deep valley along a dirt road that meandered past a mixed settlement of modern brick-under-zinc houses and old pole-and-dagga huts.

Schoolchildren, mostly little boys and girls in rag-tag dressing that would painfully pass the school uniform description, stood in small groups watching in awe as the big cars drove past, leaving clouds of dust in their wake.

Clearly oblivious of their circumstances, they waved vigorously and gleefully at the passing cars, eyes wide-open, even in the thick dust.

What mattered to them, it appeared, was to receive a reciprocal wave-back from the occupants of the cars.

You could read the happiness from the joy-filled smiles and satisfaction in their eyes when their greetings were acknowledged in equal measure.

Engineer Ian McKersie had earlier spoken about his company having electrified several schools in this area, bringing electric lighting and tap water to an area located so far away from civilisation it could have taken more than another generation before this kind of development could have reached this part of the world.

McKersie runs an engineering company that is harnessing water in the Kaerezi valley in Nyanga and other places around the country for the purposes of producing renewable energy.

Nyangani Renewable Energy will soon be feeding power into the national grid, helping Zimbabwe deal with the perennial shortage of power supply.

The convoy that mesmerised this community was carrying a group of engineers, financiers, institutional investors, and government officials on a visit to one of McKersie’s hydropower plants.

They had come deep down this valley to view the phenomenal expertise put together by McKersie and his team, in collaboration with the government of Zimbabwe and some foreign financiers.

Tsanga River, which runs off Gairezi River and snakes down the valley for several dozen kilometres, has been intercepted on three points where the mini  plants have been set up.

One of them, Tsanga 2, has been completed and is already fully functional, ready to feed into the national grid.

Energy ministry secretary Gloria Magombe, who was one of the visitors to plant l, described the quality of engineering work at Tsanga 2 hydropower plant as smart.

“The moment I got inside that plant, the engineer in me was taken aback by the level of professionalism that confronted me,” Magombo said.

“For a while I was totally lost to the world, engrossed in this beauty before me.

“I was awed by the whole set-up. It is solid, perfect and professional.

“The general cleanliness is breathtaking. Any engineer that sets their eyes on this work will have no doubt on the smartness of the brains and the hands that designed and put this magnificent plant together.

Tsanga 1 and 3 are still work in progress but. McKersie said the waiting would soon be over as payment to a foreign supplier of machinery had now been made in full.

“Once the machinery arrives, we will not take long to put it together and get Tsanga 3 plant generating power as well,” he  said.

Zimbabwe has embraced the global shift from the use of fossil energy that has been responsible for the obtaining climate change which has brought misery to the world and now threatens humanity’s very existence.

The country has endorsed the adoption of renewable energy and Alpha Media Holdings (AMH) has taken a leading role in the facilitation of the processes that the country will follow in its quest for clean energy by 2030.

AMH, through The Standard and Heart and Soul TV, are facilitating annual international conferences and expos as a way to bring together the various experts and authorities and financiers for discussions that map the way forward on the road to the 2030  clean goal that has been set by President Emmerson Mnangagwa.

The first such gathering was held at Victoria Falls last year while this year’s event, which had been threatened by the Covid-19 menace, eventually took place  in Nyanga last week.

Also in attendance were engineering, energy and other experts among whom were Engineering Council of Zimbabwe CEO Ben Rafemoyo, Zimbabwe Energy Regulatory Authority CEO Edington Mazambani, heads of independent power producers such as McKersie and Victor Mutedzi, financial experts like Patrick Makanza of Get.Invest Financial Catalyst, and other specialists, academics and consultants, some of whom delivered their presentations virtually.

Politicians also came along to add their views and comments pertaining especially to government policies on renewable energy.

There was former Water Development minister Joel Gabuza, who led a high-powered delegation from the parliamentary committee on energy to the indaba.

They led very lively discussions and brought up suggestions that provided the much-needed impetus to the conference.

The importance of the issue under discussion at the conference could not escape anyone given the urgency and tone of the discussions.

The message was that the need to move away from polluting energy cannot be overemphasised and time is not on our side.

It was clear everyone was aware of the crisis facing the country, continent and the world and that everyone realised and acknowledged what needed to be done.

The conference was a platform where oneness of the country was exuded by all participants  through cordial cross-pollination of ideas and expertise.

AMH chief operations officer Kangai Maukazuva reaffirmed the company’s commitment to the role that it has assumed in the quest for the achievement of the national clean energy goal.

He said AMH would continue to bring together stakeholders at these international conferences and to support the renewable energy drive through the propagation of relevant information in its media outlets.