Low water levels in the Zambezi River have led to power cuts that are now hitting Zimbabwe’s industrial hubs. 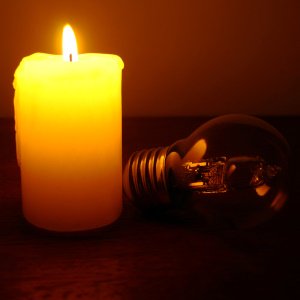 It’s 10pm in Harare’s Graniteside industrial neighbourhood, and the machines at TNT Plastics, a Chinese-owned plastics factory, are warming up after sitting idle for the past 16 hours.

When running at full capacity, TNT Plastics converts a tonne of plastic raw materials into chairs, buckets, cups, dishes and utensils over the course of three shifts a day. But for the past month, the company has only been operating an overnight shift, thanks to rolling blackouts that have forced it to slash production.

“We are supposed to be running the factory for 24 hours daily. Now, we are doing about 10 hours per day,” Ian Vumba, a manager at TNT Plastics, told Al Jazeera. “We are operating at about 40 percent of our capacity.”

The less the company produces, the less it sells. And the blow to the bottom line is now hitting employees.

“I have had to let some people go,” said Vumba.

At first exempt from rolling blackouts, the country’s industrial zones are now feeling the pain.

Diesel generators – if you can afford them

The deafening rumble and choking fumes of emergency diesel generators have been clogging industrial hubs throughout Zimbabwe since power rationing extended to them in June.

“This is the first time in more than 30 years we have had to run the factory on a generator,” Kumbirai Dube, an employee of the country’s largest tissue-manufacturing company, told Al Jazeera.

But diesel generators are expensive to run, especially as fuel prices soar and Zimbabwe’s only legal tender, the Zimdollar or zollar, depreciates rapidly.

Firms such as TNT plastics, which can’t turn a profit if diesel costs cut into their margins, must contend with power cuts that can last up to 17 hours a day.

Power generation in Zimbabwe isn’t expected to return to full capacity until water levels in the Zambezi River return to normal. In the meantime, to bridge the gap between the country’s energy-producing deficit and its daily needs – some 1 800 MW (1.8 million kW) a day – Zimbabwe has turned to importing electricity from its neighbours.

But the amount being imported isn’t enough to meet demand, thanks in part to tens of millions of dollars in unpaid bills that have made foreign suppliers wary of doing business with Zimbabwe.

While an additional 400 MW will help ease power cuts, it won’t totally take the heat off Zimbabwe’s power-starved manufacturers – or workers whose economic livelihoods are in danger of being short-circuited.

Brenda Mposana, a clothing factory worker in Harare, sits outside the factory with her colleagues, waiting for the power to switch on.

“We cannot stop coming to work,” Mposana told Al Jazeera. “If power returns, we won’t be able to work if we are not here. We are terribly bored here as we just sit around all day doing nothing as we wait for electricity to return every day. And it never does.”

The company that employs her used to purchase fuel for its small generator, but stopped when rising fuel prices made running it too costly.

For working parents, the window to work is always in danger of closing.

Cleopatra Jack, a trimmer in the factory and mother of three, used to work during a day shift. Although she needs to earn money, she can’t switch to a night shift due to childcare issues.

“It’s very difficult to work at night as a married and female employee,” she told Al Jazeera. “I can’t leave the kids unattended the whole night.”

Jack added that the power problems don’t just impact her working life, either. “When we leave for home, we start picking up plastic litter to use for cooking at home,” she said. “I can’t afford gas for cooking. We are now like mad people, scavenging for rubbish.”

Lyod Mutengwa works for an industrial baker in Zimbabwe. Like thousands of his countrymen, he too faces an uncertain future.

“We are not really sure what will happen,” he told Al Jazeera. “We take each day as it comes.”