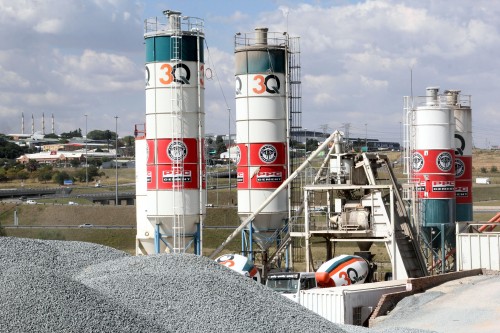 BY MTHANDAZO NYONI
PAN-AFRICAN cement maker, PPC says its Zimbabwean operation traded ahead of projections during the six months ended September 30, 2021, with sales volumes rising by 19%.

On Monday, the firm said demand in the country was robust during the period, with government-funded infrastructure projects also underpinning the growth.

PPC Zimbabwe operates a clinker plant at Colleen Bawn in West Nicholson and milling plants in Bulawayo and Harare, and is part of a bigger empire whose headquarters is in South Africa.

Apart from South Africa and Zimbabwe, PPC’s footprint can also be found in Botswana, Ethiopia, Democratic Republic of Congo (DRC) and Rwanda

In its financial results for the review period, the cement manufacturer said despite the challenging macro-economic environment, PPC Zimbabwe continued to trade ahead of expectation.

“Relative to the comparable period in 2019, cement sales volumes increased by 31%.

Earnings before interest, taxes, depreciation and amortisation (EBITDA) declined by 12% to R287 million (about US$18 million) with a reduced EBITDA margin of 23%.

PPC said  EBITDA was negatively impacted by additional costs incurred in the importation of clinker to offset the impact of a planned and unplanned kiln shutdown during the period.

“The rand strengthened significantly by some 83% against the Zimbabwe dollar compared to the prior period and this negatively impacted the rand EBITDA,” it said.

“In its functional currency (pre-hyperinflation) EBITDA increased by 26%.

“PPC Zimbabwe is financially self-sufficient and is focused on cash preservation and maximising United States dollar EBITDA given the prevailing economic conditions.

“Further, the Reserve Bank of Zimbabwe continues to honour its obligation to settle PPC Zimbabwe’s debt from legacy funds. Management expects the debt to be fully repaid during FY22 (financial year).”

During the period under review, a further dividend of US$3 million was declared.

The group’s revenue during the period under review increased by 20% to R5,131 billion (about US$323 million) supported by a 12% period-on-period increase in cement sales volumes. Compared to the interim period ended September 2019, group revenue increased by 25%.