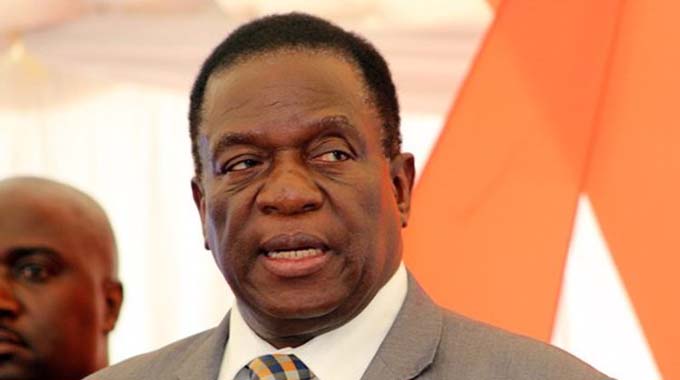 The President said he had instructed the Zimbabwe Republic Police to investigate the murder and bring the perpetrators to book.

In a statement, President Mnangagwa extended his condolences to the boy’s family.

“I am shocked and appalled by the horrific murder of a two-year-old Professor Lumbe this weekend in Glendale.

“My sympathy, thoughts and prayers are with Professor’s parents Rambai and Nomatter, and the entire family in this difficult time,” said President Mnangagwa.

“There can be no such wanton acts of violence, let alone against children. We as a society must categorically reject all violence,” said President Mnangagwa.

“I have instructed the police to investigate this heinous crime as a matter of urgency, to find the perpetrators and bring them to justice.”

President Mnangagwa, who has repeatedly urged peace as the country goes for harmonised elections on July 30, once again exhorted Zimbabweans across the political divide to shun all acts of violence.

“As we approach the election, I call on all candidates, supporters and members of the public to be peaceful at all times, and to ensure that the values of love, unity and tolerance dominate our political and civil discourse,” he said.

Zimbabwe has been very peaceful as it prepares for the first harmonised elections after the Robert Mugabe era.

The peaceful environment has been hailed by all and the jury is still out on the Glendale incident, which the police are investigating.

“The post-mortem has been done and the results show that the child was murdered.

“Police have intensified investigations,” she said.

She also confirmed that the father of the minor was a member of the National People’s Party and its candidate for Mazowe in the July 30 elections.

The last time the father was threatened with violence was in 2014.

“He did not receive other threats since 2014.

“Investigations are in progress and this office will keep you updated,” said Snr Asst Comm Charamba said.