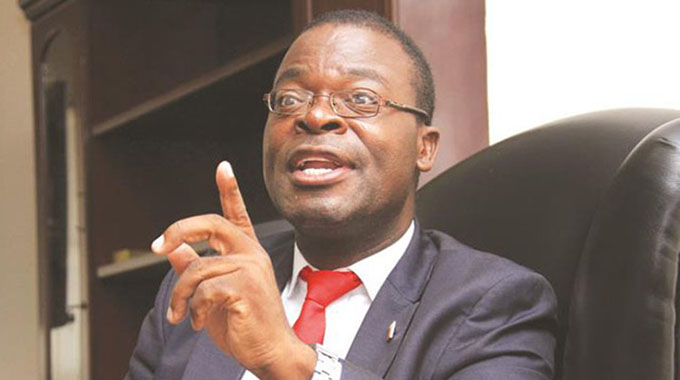 Addressing thousands of Zanu-PF supporters gathered for a political rally at Mucheke B Arena in Masvingo on Friday, the First Secretary of the ruling party, President Mnangagwa, said the two ministers had demonstrated that they had the potential to propel the country forward through their good policies and challenged the province to keep producing members with similar attributes.

He said within a short space of time, the two ministers had brought a lot of positive changes within their respective ministries.

“I am proud of Masvingo; this is where the vanguard of the party is,” said President Mnangagwa. “The new dispensation has seen me appointing this brilliant boy, a scientist, at the helm of higher education. Where are you, Professor Amon Murwira? He is your son from Gutu and he has done wonders for his ministry.”

President Mnangagwa said Prof Murwira had come up with brilliant ideas which would help the country develop through his acumen as a scientist of note.

“This boy, he troubles me with a number of programmes, but I would want to admit, his ideas are brilliant,” he said. “We also have Winston Chitando for the Ministry of Mines and Mining Development.

“He is also from here and already, he has done a lot since my inauguration in November 24 last year.
“I am proud of these two men.”

President Mnangagwa said he looked forward to having more brilliant men and women from the National Assembly candidates in the province who could be considered for positions in the next Cabinet.

“I hope from the new candidates, we will find men and women of the same acumen, who can be considered for more Cabinet positions,” he said.

A fortnight ago, President Mnangagwa officially opened an innovation hub at Midlands State University, which is meant to support ideas around technological development and innovation in the country. This is through the Ministry of Higher and Tertiary Education, Science and Technology Development’s efforts.

On the other hand, Zimbabwe has renewed hope of massive foreign direct investment in mining, with a projected $3,7 billion worth of receipts expected to be raised by the end of the year, courtesy of the new mining policies.