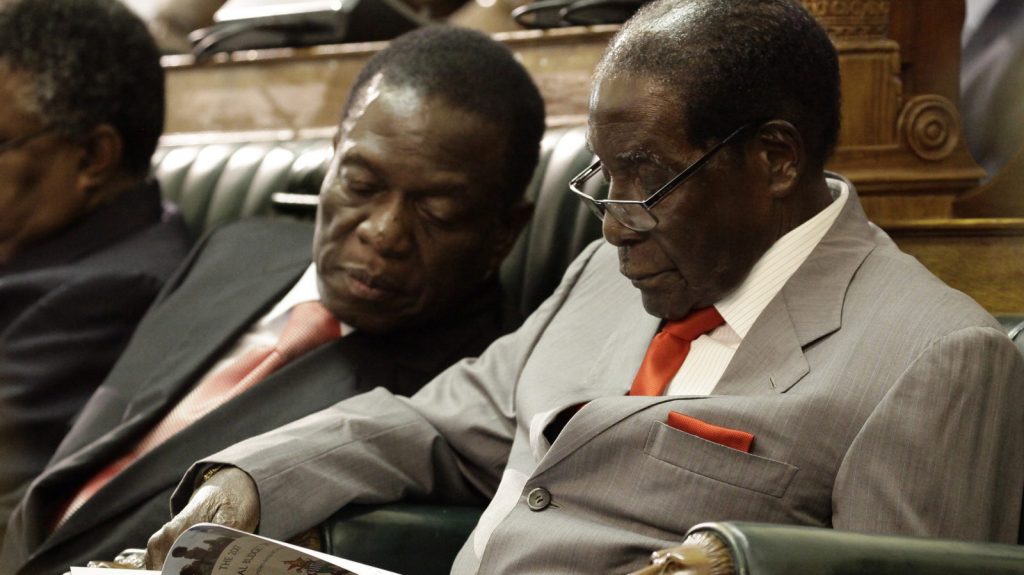 The government has distanced itself from the court process involving one Tinos Manongovere and the children of the late former president Robert Mugabe over the exhumation and reburial of his remains.

A post this evening on the Ministry of Information, Publicity and Broadcasting Twitter handle said neither the government nor President Emmerson Mnangagwa is involved in the matter. The statement read:

Govt has noted the outcome of a court process in Chinhoyi in the matter between the Mugabe siblings v Tynos Manongove.

As neither Government nor HE @edmnangagwa was involved in the said matter, we will await further details on the judgement before making any further comment.

This comes after a Chinhoyi magistrate on Friday dismissed an appeal by Mugabe’s three children, Tinotenda Robert Jr, Bellarmine Chatunga and Bona against a traditional court ruling ordering the exhumation of the former president Robert Mugabe’s remains.

Chief Zvimba early this year ruled that Mugabe’s remains must be exhumed from his rural homestead where he was buried for reburial at the National Heroes Acre in Harare.

Tinos Manovengere approached Chief Zvimba seeking to have Mugabe’s widow, Grace, censured for breaking local customs by burying her husband in a manner deemed inappropriate in the courtyard of their rural home in Kutama, Zvimba district.

Mugabe’s three children had appealed with the magistrate court in Chinhoyi stating that the chief had no judicial jurisdiction to interpret legal act from a superior authority.

However, the appeal has been thrown out and it remains to be seen what course of action Mugabe’s children will take following the latest setback.

Mugabe, who died in 2019, had refused to be buried at the National Heroes Acres in Harare over fears that some individuals especially his political opponents might steal his remains and use them in traditional rituals.

Some members of Mugabe’s family accuse President Emmerson Mnangagwa of orchestrating the exhumation.

But Chief Zvimba said he had received numerous complaints from the clan members about the manner in which Mugabe was buried.

The government has since 2019 been building a mausoleum for Mugabe’s remains at the National Heroes Acre.