Herald Reporter
Matabeleland South Zanu PF chairperson Cde Rabelani Choeni was a solid and principled veteran of the liberation struggle who won respect among his peers because of his devotion to unity and peace, President Mnangagwa has said.

In his condolence message to the Choeni family, the President described Cde Choeni as an advocate of progress.

Cde Choeni (71) died at his rural home of Malusungani in Beitbridge District due to Covid-19-related complications last Friday.

“As provincial party chairman, Cde Choeni led the party from the front, always championing its interests ahead of all else. He advocated peace, unity and development in Matabeleland South province and in our nation as a whole.

“That progressive stance won him the respect of the province he led, and of us all. His departure is a great loss to the party and our nation.

“On behalf of the party, Zanu PF, Government, my family, and indeed on my own behalf, I wish to express my heartfelt condolences to the Choeni family, especially to his wife Lydia and the children, following the loss of a loving partner, father, and mentor,” the President said.

President Mnangagwa wished the Choeni family to be comforted by the fact that the Government and the party was standing with them during this dark period of grief. 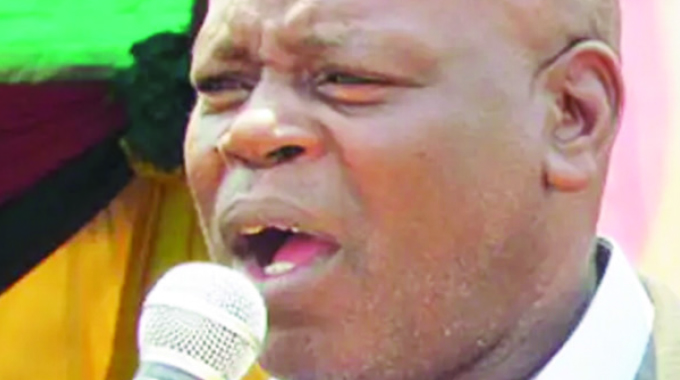 Cde Choeni joined the liberation struggle under Zipra in 1974 when he crossed to Zambia through Botswana.

He then travelled to Morogoro, Tanzania, where he received military training and was appointed medical man.

In 1976, he operated at GCB Gokwe region which was later known as the Northern Front.

During the same year, he was promoted to zone medical man and later the zone commander.

In 1978, he was elevated to the position of deputy regional medical man, a rank he held until the ceasefire.

He is survived by wife Lydia, one child and five grandchildren.