PRESIDENT Mnangagwa has ordered security arms to decisively deal with ritual murderers and those who betray their country by engaging in criminal activities for money.

Addressing mourners at the burial of national hero Cde Ruphus Chigudu, who was interred at the National Heroes Acre yesterday, the President said Zimbabweans should pluck a leaf from the illustrious generation of the country’s liberators who knew that guns were for the defence and protection of national interests and not for criminal deeds.

“Government is very concerned about growing cases of ritual murders of minors,” he said. 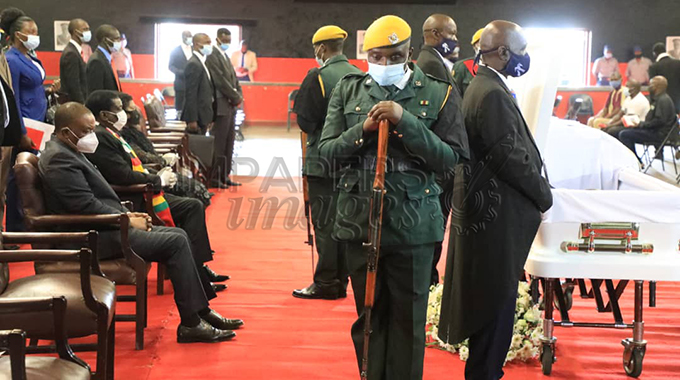 “Let me reiterate that all stakeholders in our criminal justice system speedily and strongly deal with perpetrators so that this evil trend is expunged from our society.

“Equally worrisome are the growing cases of armed and violent crimes. We must draw lessons and inspiration from the late Brigadier-General Cde Chigudu whose profession was founded on use of firearms, who knew that guns are for the defence and protection of national interest, unlike others in our midst who turn up against their own nation, betray their own people for the love of money, engage in criminal activities due to lack of principle. I have ordered our security arms to deal with such misdeeds.”

The country’s security services recently unearthed a plot by the opposition, working with some Western forces, to import guns to trigger chaos in the country and effect illegal regime change.

Two weeks ago, a Murehwa boy was brutally and senselessly murdered by a cattle herder on the alleged instructions of his uncle, in a ritual murder that has sparked outrage countrywide.

The President assured Zimbabweans that the prevailing peace and tranquillity, that many, like the late Cde Chigudu, lost their lives fighting for, would not be disturbed by a few rotten apples.

The President said the country’s detractors, who were clutching at straws, had been trying to mislead the nation on the essence of the recent move by Government to compensate white former farmers for developments on farms in fulfilment of the Constitution. 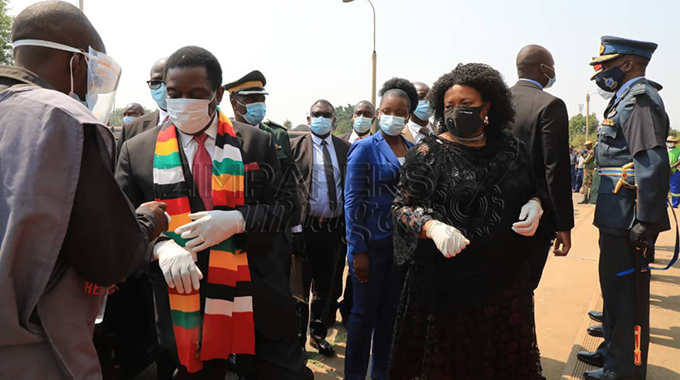 “The land has come and it is irreversible,” he said.

“There are those in our midst who are misreading what the Government constitutionally seeks to achieve. In pursuit of a narrow agenda, they think they have now found a credible platform for mobilising against Zanu PF and its Government.

“They are desperate; they are doomed.”

Cde Chigudu’s burial comes just a few weeks before Zimbabwe is joined by the SADC region and Africa on October 25 in calling for the removal of the punitive economic sanctions that some Western countries imposed on Zimbabwe as punishment for embarking on the revolutionary Land Reform Programme.

“We lay him to rest in this month of October, which is significant to us as a nation and region, as SADC stands with us to fight the illegally imposed sanctions on us,” said President Mnangagwa.

“His burial must be a constant reminder of our collective resolve and the regional solidarity towards the unequivocal call for the unconditional removal of sanctions by Britain, America and their allies.”

Cde Chigudu died on September 24 at the age of 64, with his death coming as a shock to those in Government, in the military and the cadres he shared trenches with during the liberation struggle.

President Mnangagwa described him as “a great fighter who served his nation with honour, loyalty and distinction”.

“Quiet and unassuming, he was a fearless veteran, fellow fighter, who after Independence, transformed himself into a loyal and professional soldier, dedicated to the defence of our independence and sovereignty to the very end,” he said.

Coming from Chiendambuya area under Chief Makoni in Manicaland, Cde Chigudu came from a family that had 19 freedom fighters.

He joined the liberation struggle in 1972 and after independence in 1980 rose through the army ranks to the position of brigadier general in June this year.

President Mnangagwa said Zimbabweans should draw inspiration from the heroic efforts of heroes in the mould of the late Cde Chigudu to defended the hard won independence and shunned “violence, destruction of property and making Zimbabwe ungovernable”.