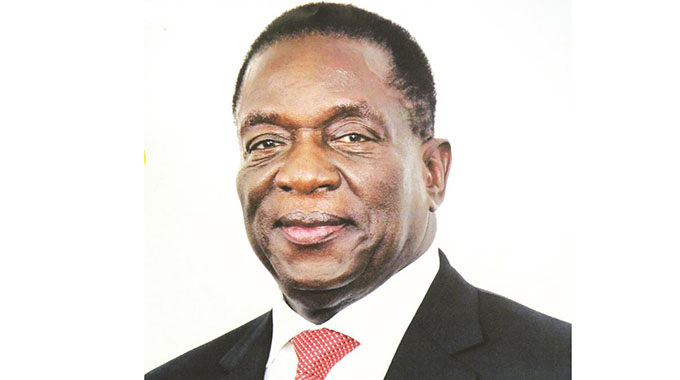 Farirai Machivenyika Senior Reporter
President Mnangagwa has signed the Electoral Amendment Act into law to bring legal effect to the Statutory Instrument on the Biometric Voter Registration (BVR) carried out by the Zimbabwe Electoral Commission (ZEC) and create a new code of conduct for political parties, candidates and other stakeholders in elections.

The notice was published on Monday under General Notice 307A/2018 of the Extraordinary Government Gazette.

The Statutory Instrument that was used to enable ZEC to use BVR for the creation of a new voters’ roll was only in force for six months.

The new Electoral Amendment Act empowers ZEC to be the custodian of voters’ rolls for each polling station area in printed and electronic form and mainstream gender into electoral processes.

It also empowers ZEC to carry out voter education in an adequate, accurate and unbiased and gender-sensitive manner.

The Act empowers the Zimbabwe Human Rights Commission (ZHRC) to observe elections and present its draft report to ZEC.

ZEC shall also ensure that ballot papers printed for an election are not more than 10 percent of registered voters for a particular election.

The new law also establishes the Electoral Court as a division of the High Court and that all electoral petitions should be dealt with within six months, while appeals shall be determined within three months from the date of appeal.

The Act also establishes a new code of conduct for political actors and other stakeholders.

Under the Fourth Schedule to the Act, the purpose of the code will be to; “promote conditions that are conducive to free and fair elections and a climate of tolerance in which electioneering activity may take place without fear or coercion, intimidation or reprisals.”

Political parties and their candidates are also expected to publicise widely the code to their supporters and their obligation to comply with its terms.

The code prohibits political parties and their candidates from publishing false and defamatory allegations against a rival party or its candidates, discriminate on the grounds of race, ethnicity, sex, gender, class or religion and the use of hateful language and violence.

The country goes for harmonised elections sometime in a few months.