Source: President swears in uniformed forces commissioners | The Herald May 16, 2019

President Mnangagwa congratulates some members of the Zimbabwe Defence Forces, Zimbabwe Republic Police and Zimbabwe Prisons and Correctional Service commissions he swore in at State House in Harare yesterday

The swearing-in of the commissioners was done in terms of the Constitution, which provides for the establishment of such commissions, adding to governance reforms that are being undertaken by President Mnangagwa’s administration, which is also expanding civil and political rights in the country.

President Mnangagwa said it was a requirement of the supreme law of the country to set up the Zimbabwe Defence Forces Services Commission, “consisting of a chairperson, who must be the chairperson of the Civil Service Commission and a minimum of two and a maximum of six other members appointed by the President.” 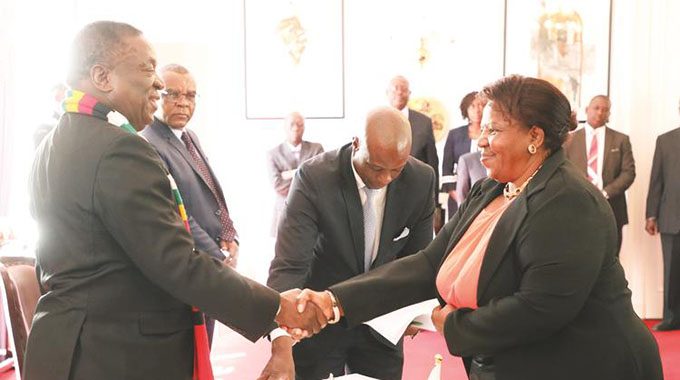 First to be sworn-in was the Zimbabwe Defence Commission in terms of Section 217 of the Constitution. 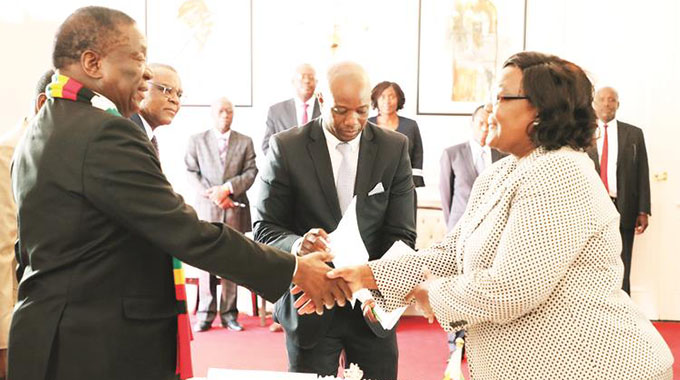 Persons to be appointed to these three commissions, according to the Constitution, must be chosen for their knowledge of or experience in the administration, management and military affairs, police affairs and prisons affairs.

At least half of the members of the commissions must be persons who are not and have not been members of the Defence Forces, police and prison service, says the Constitution.

Also, according to the supreme law, at least one of them must have held a senior rank in the respective portfolios for one or more periods amounting to at least five years.