President to mend fences with EU

Source: President to mend fences with EU | The Herald

PRESIDENT Mnangagwa is expected in Belgium today for the African Union (AU)/European Union (EU) 6th session, a platform that Zimbabwe will use for engagement and re-engagement as well as push for the removal of illegal sanctions.

The summit that was, in preceding years, postponed because of the Covid-19 pandemic also comes at a time when Zimbabwe and Europe have been holding political dialogue meetings, something that was born from President Mnangagwa’s pillar policy of engagement and reengagement. 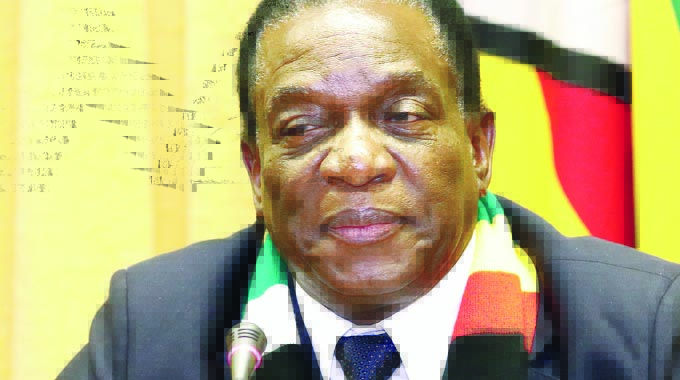 With Britain out of the EU bloc, President Mnangagwa’s spokesperson, Mr George Charamba, said the ultimate goal was to have all forms of sanctions on the country removed.

“This is an encounter between two sub-continental bodies to explore and deepen areas of co-operation within the context of the African Union.

“In the case of Zimbabwe, we seek to consolidate our pillar policy of re-engagement with an ultimate view to normalise relations with the EU bloc.

“We acknowledge that the EU has been lifting components of sanctions and we remain hopeful that with the British now out of the EU, the road should be clearer for the eventual removal of all sanctions to pave the way for normal bilateral relations,” said Mr Charamba.

Charmed by the Second Republic reforms, the EU has been dialoguing with Harare and the third such session was held last year with both parties committing to strengthening ties.

Foreign Affairs and International Trade Minister, Ambassador Fredrick Shava, last week held a meeting with EU ambassadors where he expressed Zimbabwe’s strong desire to work together with other countries.

In a media advisory issued on Monday, the EU stated that the meeting will, inter-alia, renew co-operation between the two continents, relations which have been, according to some observers, waning.

The envisaged co-operation will be built on trust and a clear understanding of mutual interests for both continents.

“Leaders are expected to discuss how both continents can build greater prosperity.

“The aim is to launch an ambitious Africa-Europe Investment Package, taking into account global challenges such as climate change and the current health crisis.

“They should also be talking about tools and solutions to promote stability and security through a renewed peace and security architecture.”

A joint declaration on a joint vision for 2030 is expected to be adopted by the participants at the end of the summit that will lay a solid foundation for co-operation between the two regions as well as tackle peace and security issues.

Coming on the backdrop of a hugely successful trip to Glasgow, Scotland for the COP26 meeting that was held last year, the visit to the Belgium where the EU parliament is located is yet another breakthrough for Zimbabwe, under the leadership of President Mnangagwa who has made re-engagement one of his administration’s key policies.