Source: President walks the talk against corruption | The Herald

PRESIDENT Mnangagwa will have no sacred cows in the fight against corruption with the Tuesday sacking of a Cabinet minister testimony of his stance to uproot the cancerous vice, a senior Government official and political analysts have said.

On Tuesday the anti-graft crusade claimed the scalp of Dr Obadiah Moyo, the former Health and Child Care Minister, who is allegedly embroiled in shady drug procurement dealings involving millions of dollars.

The sacking of Dr Moyo comes at a time when the list of former Government officials involved in illicit dealings that include abuse of office and brazen corruption, continues to grow as the Second Republic walks the talk on ending corruption.

In a terse comment on microblogging platform Twitter, the Permanent Secretary in the Ministry of Information, Publicity and Broadcasting Services, Mr Nick Mangwana, said the axing of Dr Moyo from the ministerial post proves beyond any doubt that President Mnangagwa is determined to fight the vice.

“In a short space of time President Mnangagwa has proved that in his fight against corruption, there are no sacred cows. He has said, he has proved it,” said Mr Mangwana.

Under the leadership of President Mnangagwa Zimbabwe is in safe hands, Mr Mangwana said. 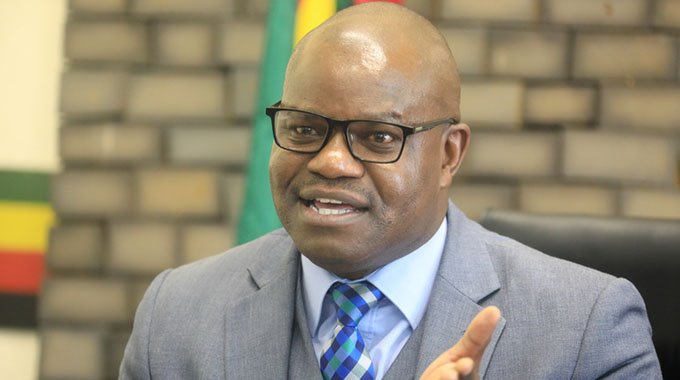 “President Mnangagwa is a very measured man with a temperate disposition. He is not a populist and his decision making is primarily informed by the national interest. He knows the power of his office and always resists hysterics in decision making. He is taking us home.”

Dr Moyo, who is awaiting trial on charges of corruption and criminal abuse of office over his role in the murky US$60 million deal with medical supplier Drax International, was released on a $50 000 bail plus a surety of the title deeds of his Eastlea home.

His fall from grace makes him the second Cabinet minister to be fired from a ministerial post on corruption charges along with a host of other senior Government officials, who have either been sentenced or have cases pending before the country’s courts.

Some of the top Government officials who have been nailed for engaging in corrupt activities are former director of State residences Douglas Tapfuma, former Energy and Power Development Minister Samuel Undenge, former Tourism Minister Prisca Mupfumira and ex-permanent secretary in the Ministry of Public Service and Social Welfare Ngoni Masoka.

Tapfuma has already been jailed for four years for criminal abuse of office after he allegedly imported a fleet of vehicles without paying duty, while Undenge, who was accused of prejudicing the Zimbabwe Power Company (ZPC) of $12 650, was sentenced to an effective two-and-a-half years in prison.

Meanwhile, observers who spoke to The Herald lauded President Mnangagwa for his no-nonsense stance against corruption.

Respected lawyer Mr Obert Gutu said the move is a strong statement against graft and abuse of public office.

“President Mnangagwa has so far fired two Cabinet ministers for corruption, less than two years from the July 2018 harmonised elections. This sends out the right signal that the Head of State will crack the whip whenever instances of corruption among high ranking Government officials are exposed. No one should be treated as a sacred cow. If you are found to be corrupt, you must be sent packing.

“This is what the majority of Zimbabweans expect to be done when people in Government, no matter their position, engage in acts of corruption. Corruption destroys not only the present but also the future. Future generations will have nothing to inherit from us if we allow corruption to mushroom out of control,” he said.

On the other hand, political commentator Mr Collen Mharadzano said the sacking of Dr Moyo was a warning to public office holders that there are no sacred cows.

“This also calls upon all Zimbabweans to be proactive in this noble cause by being at the forefront of being complainants and witness such that the prosecution of these alleged individuals is promptly undertaken. Let’s move away from the culture of merely complaining on social platforms and be ready to be witnesses against societal miscreants,” said Mr Mharadzano.

The Second Republic has declared zero tolerance to corruption.