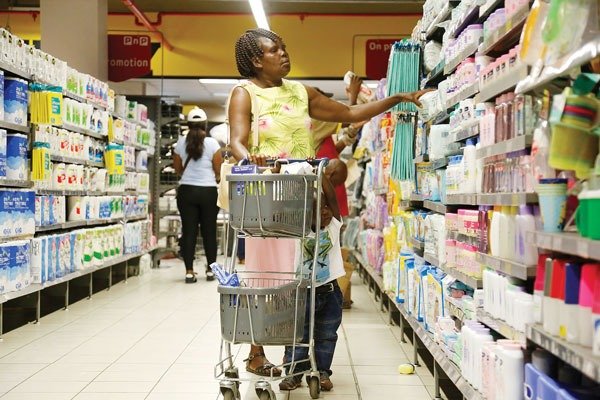 According to the Transitional Stabilisation Programme (TSP), the aspirations of vision 2030 will be realised through five strategic clusters, which are governance, macro-economic stability and re-engagement, inclusive growth, infrastructure and utilities and social or human capital development.

There should be no doubt that sustainable economic and social development can only happen in a stable macro-economic environment.

Macro-economic stability is the absence of currency fluctuations, high debt burden and unmanaged inflation which can result in economic crises and collapse in the gross domestic product.

It also includes minimising our economic vulnerability from both internal and external shocks, including the pursuit of consistent and well-thoughtout economic policies which create predictability and allow effective economic planning and growth.

Fiscal and monetary discipline, as well as a sustainable balance of payments position are, therefore, key.

A key factor which has a systemic impact on macro stability is the issue of price stability, whose preserve largely falls under monetary policy effectiveness.

Inflation is, of course, enemy number one because it complicates the economic decision-making process and slows economic growth, while it results in the decline in the value of money and purchasing power.

In short, economies grow when prices are stable because people can plan, afford and increase their consumption while businesses can effectively plan and invest more in the economy due to profit predictability.

In Zimbabwe, for many reasons, we have been faced with the lack of price stability and high inflation, which has led to a general reduction in purchasing power of incomes and lack of the required investment levels to increase our production levels.

Our inflation has originated from multiple variable factors, but the two key drivers include:

he source of this increase is fiscal indiscipline.

A high government budget deficit and unsustainable debt levels have been the key root causes.

This has required specific attention under the TSP and we are beginning to see the positive results as the budget deficit is managed better and month-to-month inflation has begun to decrease.

Exchange rate fluctuations, primarily fuelled by the parallel market which have created supply side inflation, are another cause.

Because our economy is highly import dependent, characterised by a continuing trade deficit, we effectively import our inflationary pressures.

The pricing of foreign currency to feed the economy becomes key and has, to date, continued to increase costs of production, which are in turn passed onto consumers.

Currency reforms will also create confidence and stability in the short to medium term as we seek to attract new investment inflows.

Despite the usual typical cacophony which accompanies all policy changes, the market has accepted the RTGS$ as a step towards own currency, but more importantly, as the antidote to a three-tier pricing structure which has been the source of price instability.

One expects that as the budget deficit improves and more foreign exchange trading migrates to an efficient inter-bank market, the economy will begin to turn around as confidence builds and there is more predictability in price structures and foreign exchange availability which should allow for effective planning and subsequent investment in the productive sector.

In my opinion, despite continued scepticism of the role and intentions of the RBZ, more driven by the lack of appreciation of contextual socio-political and economic dynamics than by understanding fundamentals, the RBZ has significantly shifted from previous quasi-fiscal activities to a more facilitative role to create both price and currency stability while sourcing appropriate credit lines for the productive sector.

This should result in economic recovery underpinned by production and not consumption.

The reduction of the trade deficit, however, still remains a clear challenge which can only be addressed by aggressive import substitution. Localised value addition and beneficiation will be key.

The TSP is a two year stabilisation programme which seeks to create a stable foundation for future growth, driven mainly by a highly responsive and productive economy and, as on a ship, most passengers may not realise when the economy is turning. Zimbabwe can, indeed, turn the corner, but it will take bold policy moves.