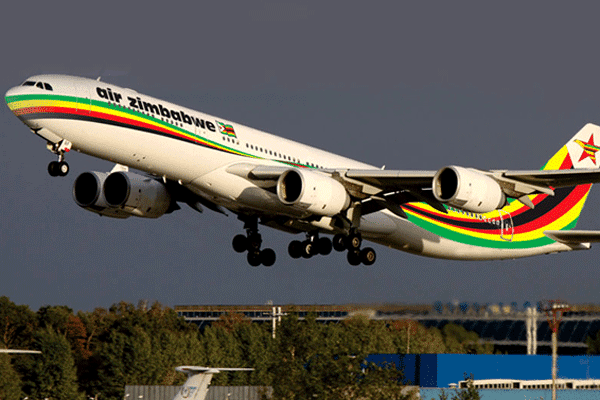 Air Zimbabwe has confirmed that one of the two engines on its Boeing plane caught fire during a flight from OR Tambo International Airport in Johannesburg, South Africa, to Harare on Sunday evening after developing a fault.

In a statement, the airline admitted that its plane had experienced some glitch in South Africa as it was departing for Zimbabwe.

“Air Zimbabwe wishes to inform the public that their Boeing 767-200ER servicing flight UM462 experienced a malfunction in one of its engines, which caused a ‘brief’ tailpipe fire,” part of the statement read.

The carrier said the malfunction did not threaten the continuation of the flight or the safety of the crew and passengers on board, and that the aircraft landed safely in Harare at 8:35pm.

Air Zimbabwe confirmed that their engineers have started investigations into the incident.

“We regret to inform our valued passengers that this incident may result in a disruption of our normal schedule,” the statement continued.

This came barely a day after the same plane was involved in a bird strike incident after take-off at the Joshua Mqabuko Nkomo International Airport in Bulawayo.

The plane, however, landed safely at Robert Gabriel Mugabe International Airport in the capital.

In March, the struggling national airline said it was using the aircraft, the only one in service, for all its routes.