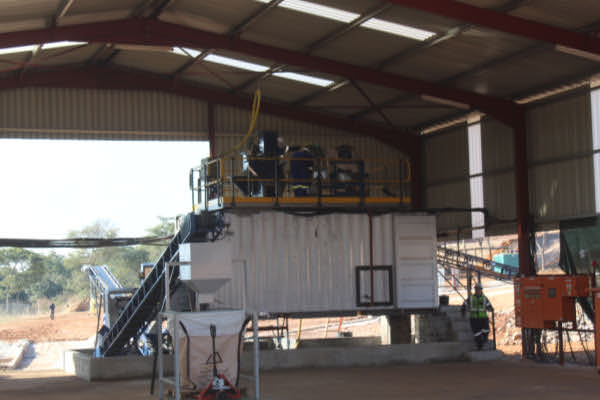 Mthandazo Nyoni
AUSTRALIA–LISTED mining concern, Prospect Resources, would require pre-production funding of about US$192 million for it to achieve the range of outcomes in the direct optimised feasibility study (Direct OFS) for Arcadia project, NewsDay Business has learnt.

In a shareholder update yesterday, Prospect said it had completed its Direct OFS which confirms strong technical and economic viability of Arcadia under a single-stage development pathway to 2,4 million tonnes per annum (Mtpa) throughput.

The Direct OFS was prepared by leading engineering consulting business, Lycopodium, with assistance from Prospect and selected external contributors.

“To achieve the range of outcomes indicated in the Direct OFS, pre-production funding in excess of US$192m will likely be required.

“There is no certainty that Prospect will be able to source that amount of funding when required,” Prospect said.

“It is also possible that such funding may only be available on terms that may be dilutive to or otherwise affect the value of Prospect’s shares. It is also possible that Prospect could pursue other value realisation strategies such as a sale, partial sale or joint venture of the Arcadia Project. These could materially reduce Prospect’s proportionate ownership of the Arcadia Project.”

As with the staged OFS, Prospect said the Direct OFS reflects the strong potential of Arcadia to become a compelling long-life, large scale, hard rock open pit lithium mine in Zimbabwe.

It results in enhanced forecast economics and again confirms the project to be among the best lithium development projects globally in terms of scale and cost of production.

The company said current engagement under the previously announced formal partnership process, being managed by Azure Capital and Vermillion Partners, is focused on the development and financing of Arcadia under the Direct OFS pathway.

Commenting on the development, Prospect managing director Sam Hosack said while the staged OFS presented a strong development case for Arcadia with a lower upfront capital requirement, the single-stage build to 2,4 Mtpa was always expected to be more compelling in terms of capital and economic efficiencies.

“This expectation has been resoundingly validated by the outcomes of the Direct OFS.

“The Direct OFS further enhances Arcadia’s positioning as one of the world’s premier hard rock lithium assets, with outstanding projected returns under a range of lithium price scenarios,” he said.

“It builds on the detailed technical assessments undertaken as part of the DFS (2019) and Staged OFS (October 2021) in outlining a robust and highly attractive mine development case for Arcadia.”

“As one of the only independent, shovel-ready projects globally without offtake totally locked up, it is unsurprising that interest in the current Arcadia strategic partnership process being undertaken by Prospect is strong,” Hosack said.

Prospect is one of four key lithium developers that have taken an interest in the country’s resource.

Development has been boosted by a boom on the international market where lithium has gained significance in the production of batteries for the auto industry.

Much of the demand is coming from Chinese markets.