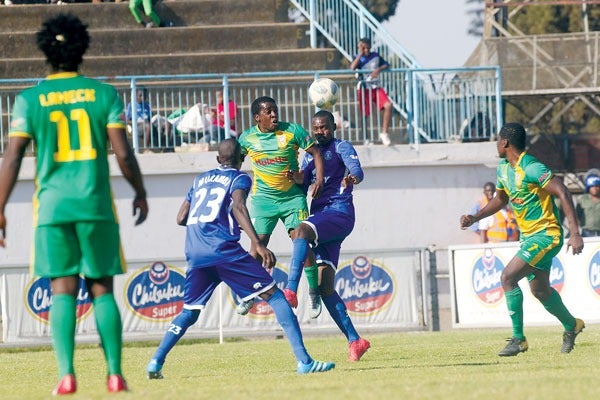 THERE will not be any Castle Lager Premier Soccer League matches in Harare this weekend, with two matches including a Harare derby between Harare City and Caps United postponed to Wednesday, to avoid a counter attraction with the funeral programme of the late former President Robert Mugabe.

Mugabe died in Singapore last week, and his body arrived in the country yesterday.

His funeral proceedings are set to dominate the capital this weekend, with a scheduled State funeral service set for Saturday at the National Sports Stadium.

A weekend league fixture programme released by the Premier Soccer League (PSL) shows that the other fixtures across the country have not been disturbed and will go ahead as scheduled.

A full league programme was expected to resume this weekend after a one-week hiatus due to the Fifa international break.

However, two matches in the capital have been moved to mid-week to avoid a clash of programmes with Mugabe’s funeral service, while champions FC Platinum and Triangle are involved in continental club completions.

The Harare derby between Harare City and Caps United, a match which will see City’s new gaffer Lloyd Chitembwe facing his old club for the first time since crossing the floor last month, will be played at Rufaro Stadium on Wednesday.

Bottom-placed Yadah and Bulawayo Chiefs will clash across town at the National Sports Stadium on the same day in a relegation scrap.

The biggest match of the weekend will see Dynamos travelling to second-placed ZPC Kariba, in a meeting of two teams with outside chances of winning the title this season.

A win for ZPC will see them returning to the top of the log standings, while their visitors could close the gap on current log leaders FC Platinum to just three points, if they can get away with all the maximum points at Nyamhunga Stadium.

Third-placed Chicken Inn host a rejuvenated Manica Diamonds, who are unbeaten in their last four matches, and if the hosts can collect maximum points and results elsewhere go their way, they will go top of the log standings.

On Sunday, Highlanders travel to Hwange in search of their first win in five matches.
Bosso, who have lost three and drawn once in their last four matches, could slip down into the relegation zone if they lose the next match.