Public transport grinds to a halt in Zimbabwe as stayaway begins

Public transport has ground to a halt in Zimbabwe, as commuter omnibus operators joined a three-day stayaway on Monday, called by the Zimbabwe Congress of Trade Unions (ZCTU). 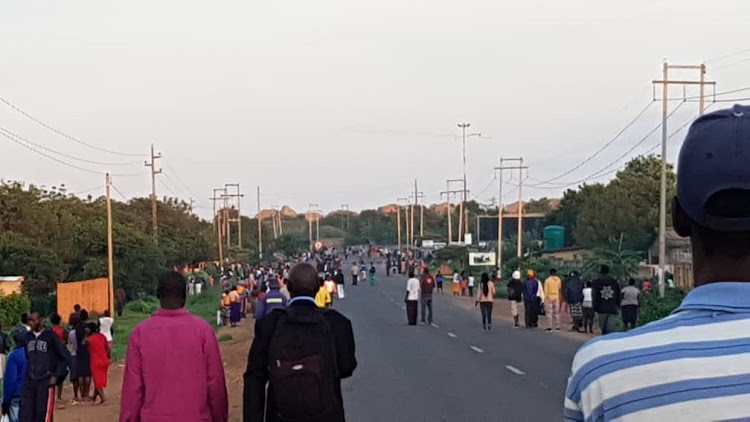 Public transport has ground to a halt in Zimbabwe as commuter omnibus operators joined a three-day stayaway on Monday, called by the Zimbabwe Congress of Trade Unions (ZCTU).

Commuters who reported for work were left stranded as operators suspended their services. Most people in the Harare CBD had to walk home as shops and businesses closed by noon.

Fradreck Muguramhinga, president of the Zimbabwe Union of Drivers and Conductors, said  its members could no longer provide services as it was unsafe given the stayaway.

“We are taking into account the safety and welfare of our drivers and conductors, so we have advised them to stop providing any service,” said Muguramhinga.

Across Harare there have been reports of violence and intimidation in the townships, with clashes between protesters and police.

Most roads in the townships have been barricaded with stones, notably in Kuwadzana, Mabvuku-Tafara and Glen Norah. All schools and businesses in the area have closed down.

Police using water cannons were deployed to disperse protesters. Army helicopters hovered over Epworth, a poor surburb east of Harare, as protesters complained about the worsening economic conditions, embodied by the fuel price hike announced by President Emmerson Mnangagwa at the weekend.

Cosmas Mbonjani, chairperson of the Greater Harare Association of Commuter Omnibus Operators, said despite the fuel price increase, the main challenge they faced was that all their costs were in US dollars.

He said fuel costs contributed only about a third of transport costs for operators.

“We are trying to adjust to reasonable fares for the commuters but we end up not making a profit. As a result, each commuter omnibus operator ends up making up their own prices for the day just to break even,” said Mbonjani.

The price of fuel more than doubled on Sunday to $3.11/litre for diesel and $3.31/litre for petrol.

Tawanda Mupatsi, a resident in Waterfalls, 11km from the city centre, said he waited for at least two hours for transport and it was double the normal fee.

“The transport fares are quite exorbitant considering the salary I get paid and it just doesn’t add up. We call upon authorities to look into this issue. They must make fuel available so that transport costs are reasonable, because they have really gone out of hand,” he said.