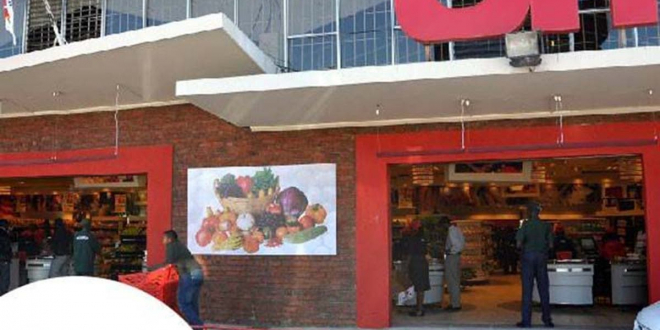 LEADING retail chain, OK Zimbabwe has been taken to court by a local punter, who is seeking an order to compel the supermarket to supply him with groceries valued at US$200 every month for life in terms of a contract entered into between the two parties in June 2016.

The punter, Shepard Bwanya said the contract between him and the supermarket emanated from an in-store competition held at Bon Marche, where he won an opportunity to be supplied with groceries by the supermarket for life.

However, since June 2016, Bwanya said OK Zimbabwe has not been able to fulfil its contractual obligations, but rather went on to downsize his shopping power without his consent.

“In terms of the contract, the defendant (OK Zimbabwe) is obliged to supply goods to the shopper for the life contract in the sum of $544 644 for the month of October 2016 to June 2020, at the current parity rate or as correspondence from the Reserve Bank of Zimbabwe (RBZ) and thereafter grocery equivalent to US$200 for life,” Bwanya said in his court application to amend summons.

“Defendant has downsized plaintiff’s (Bwanya) shopping power and renegaded on a legitimate contract without plaintiff’s consent. Defendant has unlawfully breached the contract and because of the defendant’s defiance, plaintiff is now deprived of his real right. The plaintiff claims for supply of groceries in the sum of $13 832 per month from October 2016 to date of settlement of the arrears.”

Bwanya further said OK Zimbabwe was duly served with notice of amendment of summons on August 20, 2020 and did not object, but rather proceeded to file a notice of exception and special plea on September 30, 2020 when the matter was heard.

“Respondent is trying to buy time on issues that are very clear. The claim is arising from the fact that the defendant has denied plaintiff the right to access groceries in the value of equivalent to US$200 for life in terms of the contract which emanated from an in-store competition held at Bon Marche, an OK Zimbabwe store. As such summons were amended and served to the respondent,” he said.

Bwanya also accused the supermarket of attempting to prejudice him by filing exception and special plea.

“Applicant does not believe that a claim of this nature can be won by the respondent by means of filing an exception and special plea. The applicant, considering the brief narration above, prays that the application for leave to have the amended summons filed of record on August 20, 2020 be granted and be allowed to proceed with the determination of special plea and exception.”
The matter is pending