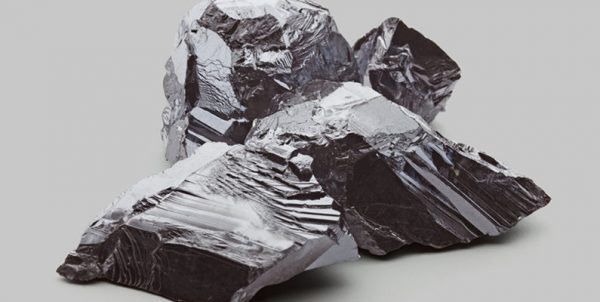 The Zimbabwe Coalition for Debt and Development (Zimcodd)’s red flags were raised after it became clear that the government was pushing ahead, parcelling out strategic assets to foreign firms without giving legislators room to assess such transactions.

In the past three months, Chinese firms have announced two deals worth a combined US$558 million to take over lithium mines in Harare and Masvingo, as the rush to control entire the value chain escalates.

Lithium is a key raw materials in electric vehicles (EV) production, and China is the world’s biggest manufacturer.

In one of the deals worth US$378 million, Zimbabwe will pocket only US$30 million in taxes.

Sinomine Resource Group Co. Ltd (SRGCL) is taking over Bikita Minerals for US$180 million, becoming the second Chinese outfit to make inroads into the sector.

In December, Zhejiang Huayou swooped into Arcadia lithium mine, paying US$378 million to Prospect Resources.

“There is a concern around mining deals in Zimbabwe because there is a huge lack of exploration and geological survey data by the government,” Zimcodd said in a weekly economic review.

“Minerals like lithium are strategic resources the country should leverage so that all citizens, born and unborn enjoy value. The undertaking of exploration gives bargaining power in the conclusion of these mining deals. It is also concerning to note that the deals involving strategic assets are also being concluded without the oversight of the people through the Parliament. Zimcodd believes that Parliament should take an active role to safeguard natural resources since it stands for the people through representative democracy.”

Zimcodd said the continued trend of side-lining Parliament by the executive in areas of national interest would lead to a resource curse.

“Furthermore, the details around taxes by miners are not clear. Given the magnitude of these deals and the weight they will give Zimbabwe in global green energy economics and politics, it is highly likely that more sweeteners will be given to companies like Sinomine and Huayou just as was the case with other companies like Great Dyke Investments and Huawei, among others,” Zimcodd said.

“If this is the case, then it will take time for revenue flows to Treasury to increase. As such, there is a dire need for the government to ensure a mining tax regime that favours not only the investor. Parliament should be allowed to scrutinise and input in all deals that involve strategic assets like mineral resources.”

According to the South African media, mining and industrial markets firm, African Mining Market, Zimbabwe’s lithium deposits are second to none in Africa, and proven deposits are located in Bikita, Goromonzi, and Kamativi.

Arcadia is estimated to reach an annual production of 2,5 million tonnes.

“These lithium deals are solidifying the aspirations of China to become a global leader in the EV market through control of p“rimary sources to avert supply disruptions,” Zimcodd said.

“One should recall that the world is experiencing a seismic shift from fossil fuels to renewable energy in the fight against climate change and the country, which emerges as the leader will ultimately reap massive economic benefits. Cognisant of this, the Chinese have and continue to acquire foreign lithium source markets, mostly from the developing world at an unprecedented rate.”

Zimcodd added: “And, given the massive global green shift, Zimbabwe is expected to become one of the largest beneficiaries as it is a leading producer of lithium ore in Africa”.

According to Zimcodd, statistics show that in the first 10 months of 2021, Chinese firms acquired 48%, about 6,4 million tonnes of the world’s lithium resources with the rest being acquired by all other global firms.

The balance of the lithium sources, about 6,8 million tonnes, is being acquired by all other global companies combined.

The push for lithium by China is in anticipation of increased global demand for electric vehicles as the mineral remains the biggest raw material for those car batteries.

Most plug-in hybrids and all-electric vehicles use lithium-ion batteries.

Platts Analytics is part of S&P Global Platts, a leading independent provider of information, benchmark prices and analytics for the energy and commodities markets.

Defending Chinese investments, the Chamber of Chinese Enterprises in Zimbabwe (CCEZ) issued a statement last Tuesday calling on investors to familiarise themselves with Zimbabwe’s laws.

“In view of the recent developments in the local investment climate, especially media coverage of Chinese investments in Zimbabwe, we would like to make the following appeal to all Chinese businesses in the country.

“This is also a clarification of the unequivocal position of the Chinese business community on the relevant issues to the Zimbabwean governments at all levels, the legislature, and all stakeholders,” CCEZ said.

“We call upon investors to develop a full knowledge of and strictly abide by Zimbabwean laws, regulations and policies; honestly adhere to agreements and contracts and carry out operations and production in accordance with laws and regulations. All foreign investors ought to safeguard their legitimate rights and interests in accordance with the law and willingly accept the supervision of the Zimbabwean government and public scrutiny.”

“We advocate mutually beneficial cooperation. We oppose any violation of Zimbabwean laws and regulations, use of any illegal, inappropriate and unethical means to pursue illegitimate profits and hastened start of business operations and production before acquiring an adequate knowledge in the local laws and regulations,” CCEZ said.

“We call upon investors to conduct their business with integrity, including in registration, application for licenses, negotiation of cooperation conditions, and the payment of taxes and fees. Investors should not use bribes, strike covert deals, or go against due processes to register businesses, obtain licenses or pursue unreasonable profit-sharing schemes.”

CCEZ added: “We support the government of Zimbabwe at all levels and the legislature in further intensifying the fight against corruption, exposing corruption and holding offenders accountable”