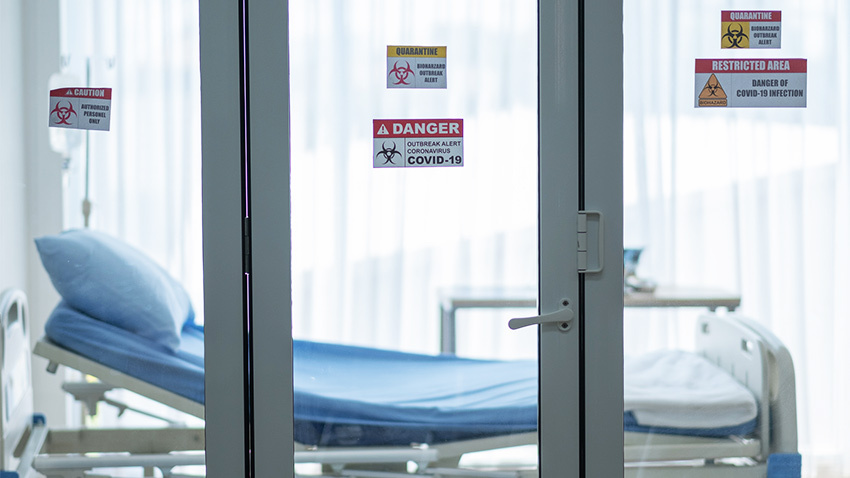 The decision to impose mandatory quarantine for everyone arriving in the country except diplomats and their families is unnecessarily harsh and will inconvenience already hard-pressed citizens.

President Emmerson Mnangagwa announced the new measures last week, which made it mandatory for everyone arriving in the country to go into quarantine for 10 days at their own expense even if they test negative to Covid-19.

Travellers are also now expected to take PCR tests at points of entry at their own expense in addition to the mandatory tests they undergo before embarking on their journey to Zimbabwe.

Mnangagwa said the measures were in response to the emergence of the Omicron variant of Covid-19, which is said to be more transmissible.

On Friday, the Health and Child Care ministry announced that 50 cases of the Omicron variant had been detected in the country.

There was also a sharp increase in Covid-19 infections after the tough measures were introduced.

After South Africa alerted the world to the existence of the new strain of Covid-19, several Western countries imposed travel bans on southern Africa, including Zimbabwe.

The unjustified bans were roundly criticized as unscientific and unfair, but Mnangagwa decided to come up with his own restrictions that would largely disadvantage Zimbabweans, who live and work in neighbouring countries.

Most of them will be travelling as families for the Christmas holidays and what would be the point of them going to a quarantine facility for 10 days and returning to their bases on the 11th day as they have to go back to work?

Zimbabweans in neighbouring countries usually take advantage of the holidays to return  home to apply for expiring documents, but the new measures mean that will not be possible this year.

Zimbabwe’s borders are effectively closed and we are not different from the Western countries that imposed travel bans.

A government spokesperson claimed that people, who could afford air travel were in a position to pay for hotel quarantine.

Such arrogant claims by a senior government official demonstrate how out of touch with reality the authorities are as it is common knowledge that most Zimbabweans in the diaspora are struggling for survival as they also have to take care of their families back home.

The reasons for opting for air travel are varied and they do not denote wealth by any measure.

Zimbabwe’s tourism industry will suffer the most from this knee-jerk response to the detection of the Omicron variant.

An immediate review of the measures is necessary to allow people to travel freely while minimising the spread of Covid-19.